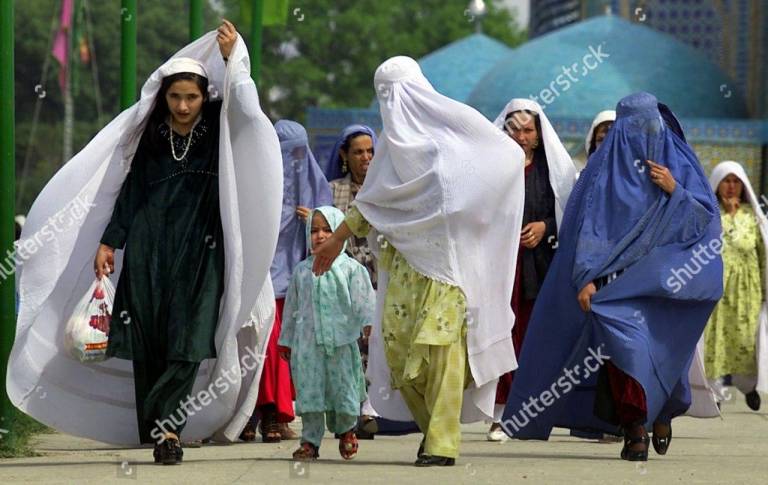 Maryam Durani, 36, is a social activist in the southern Kandahar province. For the last 15 years, Ms. Durani has been working to empower Kandahari women in a province which serves as the epicenter of Taliban extremism. She has founded a local radio station, called Mirman, and opened tailor shop for women, a library and an educational center for Kandahari girls.

The southern Kandahar province, though it has made many achievements over last 19 years, is conservative. Kandahari women who work outside home are struggling with a number of challenges including life threat. Maryam Durani received many warnings during a period she served as female member of Kandahar Provincial Council.

“Empowering women to become financially independent helps [the society] to have confidence in women and [recognize] their capacities,” says Maryam. Women situation has improved over past two years; more women are actively participating in mainstream society, they get education and will get jobs in the future, she underlined.

Ms. Durani has initiated a fundraising scheme for female students who have lost their fathers to war and have no one to support them.

Mehrnaz Anwari, 27, serves as manager at Academic House of Learning, an educational center which was initiated by Maryam Durani. Mehrnaz is in her last year at university majoring in computer science.

“As I am the only breadwinner of my family, I do not have time to study at public university. After my office time, from 03:00 to 08:00 PM, I attend a private university which is co-education. I have not faced any challenges and warring,” Ms. Anwari says.

Fatima Ahmadi, 33, who works for United States Institute of Peace (USIP), says that less women are willing to take the risk and fight for their rights as awareness level is low and a strict cultural norm is dominant in Kandahar. Female cannot visit rural areas and remote villages of the province without wearing burqa, no matter what profession they are doing and how skilled they might be.

“A friend of mine studying Islamic Law at Kandahar University says that once her professor asked them to bring an extra shawl and cover their legs, despite all female students were wearing burqa,” says Sadia, 28.

Sadia Usmani, who has graduated from a private university majoring in computer science, is now running a tailor shop opened by Maryam Durani. A large number of girls cannot finish their secondary education because their conservative families do not allow them to attend high school, according to Ms. Usmani.

“At the beginning, my father also disagreed with continuation of my studies but with my persistent efforts he was convinced. He, however, set a condition of covering from toe to head,” says Ms. Usmani.

Security is also a serious challenge for most women in the society. Ms. Ahmadi explains that women cannot work in districts; they cannot participate in different events where men are major participants and they cannot work late night or early mornings.

“As a member of Provincial Council, many times when I along with other female colleagues were invited for an event or meeting, the male colleagues would easily get inside with their armored vehicles, but we, the women as we did not have armored vehicle, had to walk a long distance to get inside, where we would even be forgotten by hosts that we are also present in the event,” says Ms. Durani.

Ms. Ahmadi, who has spent 12 years of her life working for women and children, says that USIP’s volunteer groups are working in four different provinces including Kandahar. They go door to door to raise awareness and distribute peace pamphlets, something that is opposite to what Taliban did during their rule.

Maryam, Mehrnaz, and Sadia express concern about Taliban return to power. Though the Taliban leaders in Doha say that they respect women’s rights in the light of Islamic sharia and law, many Afghan women fear that their words cannot be trusted given Taliban treatment of women in areas they control.

“My younger siblings study at school and university and I myself am trying get financial independence, but with the arrival of the Taliban, I am afraid of being caged at home and giving up upon my future dream of pursing my higher education and supporting my family,” says Sadia.