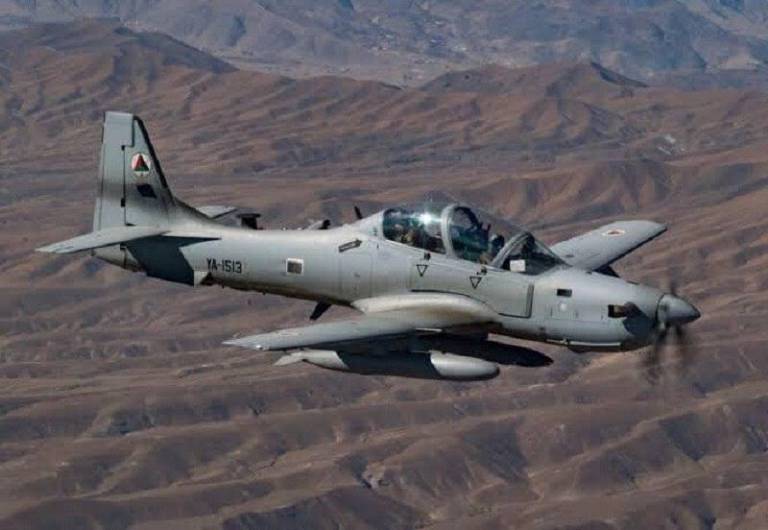 The Taliban deputy military chief for Helmand province, Mullah Amanullah, was killed along with eight other militants in an airstrike conducted by Afghan air force in Nawa district of the southern Helmand province, according to the Ministry of Defense (MoD).

A statement issued by the ministry says that the attack was conducted on Friday, October 30, in Khosrabad area of Nawa distric.

According to the statement, Mullah Amanullah was also leading a network titled “Shafiq”.

A vehicle, six weapons, and two Icom radios belonging to the militants were also destroyed as the result of the airstrike attack.

Helmand has witnessed a deadly conflict between government forces and the Taliban militants in the past few days. Dozens of Taliban militants were killed and wounded in clashes with Afghan defense and security forces.

The battles have also forced a large number of families to flee their homes and caused a number of civilians’ casualties.

Helmand is one of the most insecure provinces in southern Afghanistan where the Taliban militants are actively operating in a number of districts.