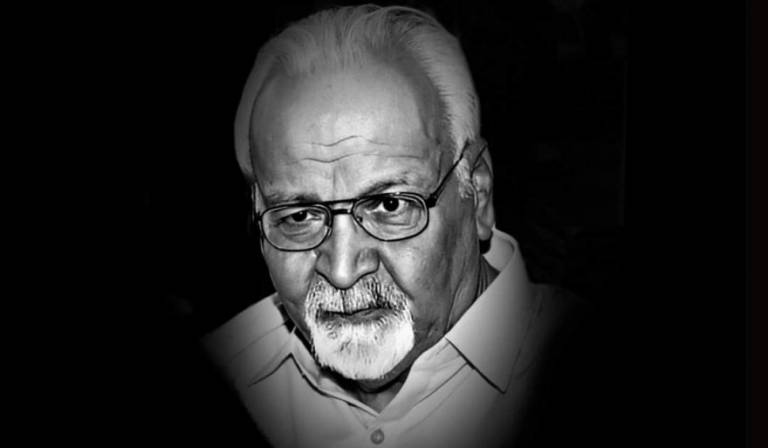 The death of once-a-revolutionary leftist poet Sulaiman Laeq raised a posthumous admiration among intellectual circles in Kabul. Many idolized him as a moderate patriotic poet. In Afghanistan where the death of a public figure is often glorified within ethnic and tribal lines, a heartfelt account of admiration over his death rewound the clock to time when the country was thrilling for a united mass struggle against a despotic regime. Many leading Hazara and Tajik intellectuals expressed their condolence messages and showed great regret upon his death.

“Sulaiman Laeq, though admirable for his patriotic literary work, never dared to confess what wrongs his party did”

Born in a religious Kharot family in the eastern Paktia province, Sulaiman Laeq was a poet and politburo member of People’s Democratic Party of Afghanistan (PDPA). The young Laeq came to Kabul to study Islamic studies but his spirit was throbbing for a Bolshevik-style revolution in Afghanistan. During his studies at Kabul University, Mr. Laeq subscribed to revolutionary ideas and was expelled from department of Islamic studies of Kabul University on charges of participating in an anti-government protest. He, however, used his connections to get reentry into Kabul University and this time chose to study Dari literature.

In his early poetry work, Sulaiman Laeq dedicated his literary work to a single cause: a socialist revolution and creation of a new country. He openly expressed his hatred of old and his passion of new. Under influence of Mir Akbar Khaibar—who was a prominent leader of the Parcham faction— Laeq remained loyal to Parcham faction of the PDPA although majority of his Pashtu-speaking comrades were staunch supporters of the Khalq faction. His inspiring poetry contributed much to a revolutionary rhetoric in political debate raised by the Parcham faction. He put his intellectual efforts behind the magazine up until the very last publication.

Sulaiman Laeq, though admirable for his patriotic literary work, never dared to confess what wrongs his party did. In his late interviews, he talked about establishment of his party and explained his young political passion for a socialist change but beat around the bush when it came to answer important questions which are necessary for an in-depth understanding of history.

History of left movements in Afghanistan is a diverse tale of socialist attempts undertook to change the country from top to bottom. Much of what we can now learn about different understandings and conflicting interpretations of Vladimir Linen’s revolutionary idea in Khalq and Parcham circle is available in print copies of publications but what we can learn from the failure of the Saur coup begins in the chapter turned after the so-called Saur Revolution.

History tells us that Khalq-Parcham discord, which soaked PDPA’s blood, was the culmination of a complex homegrown mentality which divided a party established with a single socialist slogan to change the country for better and put the nation into a new trajectory. The reality that Afghan socialist leaders failed to work under a united party and within an inclusive socialist framework is evident and no one can deny how short-sighted PDPA leaders were.

In last years of his life, Mr. Laeq appeared to have matured a different political approach. He was more mature than a young poet whose political struggle ended in chaos, in-fighting and fractional power struggle. He dedicated his adult life to work on Pashtu literature and folklore.