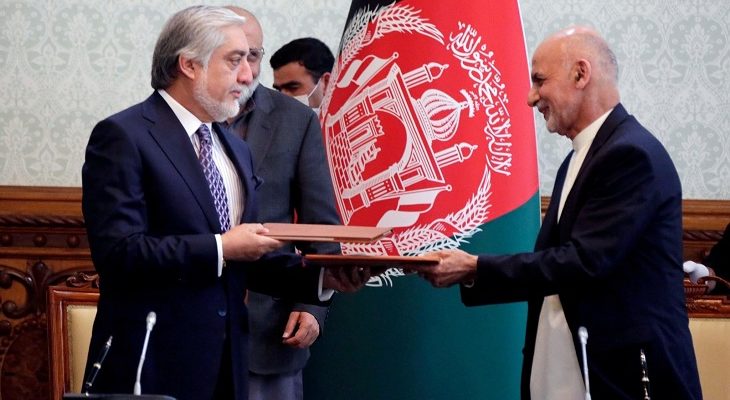 “Formation of this council is in authority of chairman of the High Council for National Reconciliation and does not require decree of the President,” the statement reads, pointing out to the political deal signed between President Ghani and Abdullah on May 17, 2020.

He further noted that consultations were underway with political leaders, political parties, and civil society organizations to form an inclusive council.

Formation of the council, as per Ghani’s decree, was, however, followed by widespread criticisms among political leaders, women rights activists, youth, and some ethnic minorities. Moreover, at least three prominent politicians – two of them on the list – reacted against the high council’s formation.

Hours after release of the list, Hamid Karzai put himself out of the list saying that he will not be part of any government structure. But the former president whose name was on the top of the list, noted that he will continue with his endeavor for peace as a citizen of Afghanistan.

Jamiat-e-Islami party of Afghanistan led by Salahuddin Rabbani also reacted against the council’s formation, noting that the leadership of the party was not consulted on inclusion of Rabbani as member of the HCNR. “Therefore, Jamiat-e-Islami will not participate in this council and continues to maintain its previously stated position on the matter,” part of the party’s statement issued yesterday, August 30, reads.

According to the statement, the party has already appointed an independent negotiating team in the national dialogue for peace – intra-Afghan negotiations.

Rahmatullah Nabil, former Chief of the National Directorate of Security, whose name was not on the list, strongly reacted against formation of the council. Describing it as “national deal council”, he expressed that the council was as fragile as it would become disbanded before start of intra-Afghan negotiations.

According to BBC Persian Service, some ethnic minorities have also complained that their representation are not considered in the HCNR formation.

Meanwhile, President Ghani’s spokesperson, Sediq Sediqi, said today, August 31, in a press conference that the HCNR members were selected through consultations and is flexible to undergo changes. He added that the government is ready to talk to those political figures who are willing to join the council.