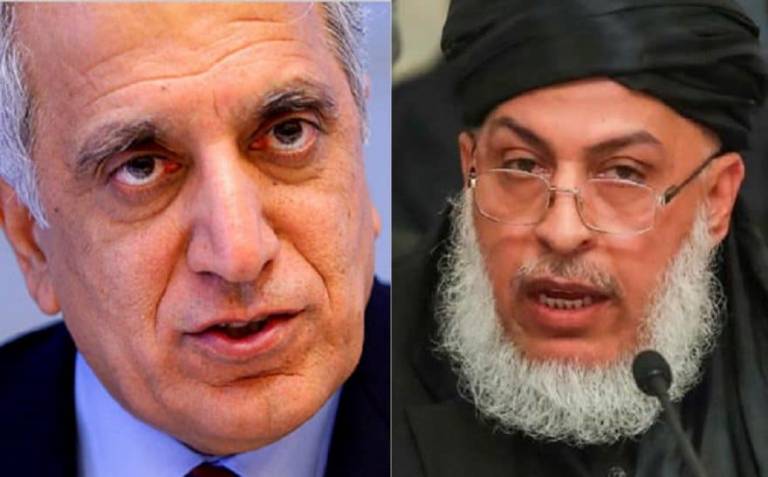 The United States of America will pull out around 5,000 troops from Afghanistan within 135 days under a draft peace agreement with the Taliban, and in exchange of reduction of violence in several provinces, said top U.S. negotiator Zalmay Khalilzad during his visit to Kabul, where he holds meeting with a number of Afghan leaders to build a consensus before the deal is signed.

The draft peace agreement was concluded after months of negotiations behind closed door meetings with representatives from the insurgent movement in Doha, Qatar. Yet it needs an approval by the US President Donald Trump.

In exchange for phased withdrawal, the Taliban will not allow Afghanistan to become a platform for the global terror group to attack the United States and its allies. In addition, the agreement will bring a reduction in violence, but there is no formal ceasefire, said Khalilzad during an interview with a local T.V. channel.

Details of the agreement, however, remain confidential. Unconfirmed reports suggest that the draft recognizes Taliban’s preferred title, the Islamic Emirates of Afghanistan, though the United States call the group Taliban.

Khalilzad has briefed Afghan President Ashraf Ghani on the draft of the accord, but he did not hand a copy of the agreement to President Ghani. Sources say that Khalilzad and Ghani had meeting in which Chief Executive Abdullah Abdullah was also present. CEO Abdullah said, in a statement, that he was briefed and assured of “a thorough and sustainable peace in Afghanistan.”

But President Ghani looks unhappy with the peace process. With presidential election scheduled for Sept. 28, in which Ghani is seeking reelection for a second five-year term, Ghani demanded to work on peace process after holding election, but Khalilzad rejected it and said that the US would not support any process against peace process, said source.

The Afghan peace process makes progress against a backdrop of relentless violence across the country. Late Monday night, Taliban-claimed truck bombing rocked Kabul, the Afghan capital, targeting the Green Village, an area where international NGOs and charities are located. The bombing killed 16 civilians and wounded over 119 others.

The Taliban carried out large-scale attacks on the major northern cities of Kunduz and Pul-e Khumri on August 31 and September 1,—in which dozens Taliban fighters and Afghan security forces were killed.