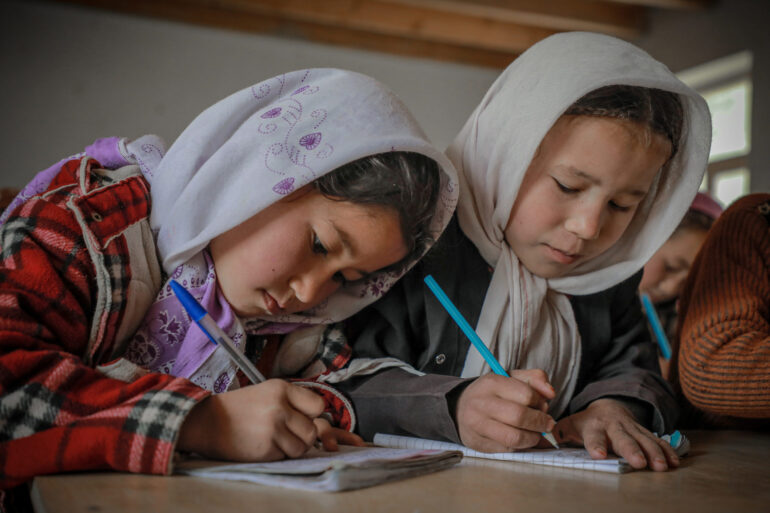 In a message commemorating the International Day of Education 2023, which has been dedicated to Afghan women and girls, the UN Secretary-General António Guterres called on the Taliban to lift its “outrageous” restrictions on women and girls’ rights to education.

The UN chief said “I call on the Taliban to reverse the outrageous and self-defeating ban on access to secondary and higher education for girls & women in Afghanistan. Education is a fundamental human right – and the bedrock of societies.”

The US Chargé d’Affaires, Karen Decker, said that “It is difficult to commemorate the International Day of Education today, knowing Afghan women & girls are now denied this right. Education is an investment in Afghanistan’s future and must be available to boys and girls.”

The Iranian foreign minister Hossein Amirabdollahian called the Taliban’s ban on women and girls’ education “in conflict” with Islam. In a speech on Tuesday at the meeting of the Council of Foreign Ministries of the Economic Cooperation Organization (ECO), he said: “We consider the action of Afghanistan’s ruling body in depriving women and girls of education to be in conflict with the values of the merciful religion of Islam, and we express our deepest concerns about it.”

UNHCR Director for Asia & the Pacific, Indrika Ratwatte, wrote: “The dreams of women & girls in Afghanistan are no different from those of women & girls anywhere in the world. They deserve the opportunity to realize their potential and contribute to Afghanistan’s future prosperity.”

Marking the day, a group of women gathered inside a house to protest against the Taliban’s restrictions. They held placards saying “We don’t want Talibanised education,” ” We want the Taliban gone,” and that “We are being kept hostage.”

Shortly after returning to power in August 2021, the Taliban barred girls from secondary schools. Later in December last year, the group banned women from higher education. Despite intense lobbying from the UN, country officials and international organizations, the Taliban have not relented their decision to exclude women from access to education and work.