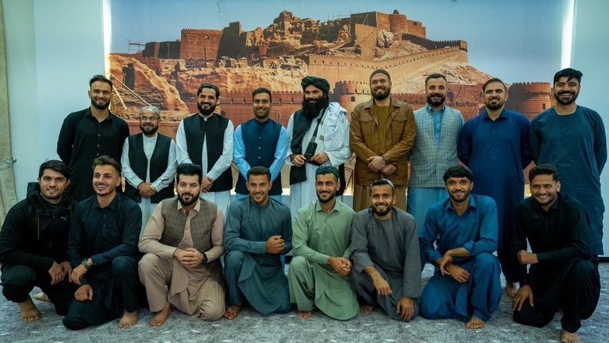 On 12 January, Cricket Australia announced that it will not be playing Afghanistan for a one-day international in the UAE in protest against the Taliban’s latest round of repressive rules on women.

Cricket Australia reasoned that it had consulted with the Australian government and its partners to withdraw from playing the Afghans.

“This decision follows the recent announcement by the Taliban of further restrictions on women’s and girls’ education and employment opportunities and their ability to access parks and gyms.

“CA is committed to supporting growing the game for women and men around the world, including in Afghanistan, and will continue to engage with the Afghanistan Cricket Board in anticipation of improved conditions for women and girls in the country.” Cricket Australia said it its statement.

The Afghan Cricket Board reacted angrily, calling the Australians’ decision “pathetic.” And Afghanistan’s most well-known cricketer, Rashid Khan, who plays in the Big Bush League, issued a statement on his Twitter account, condemning the Australians and threatening to quit the league.

Another Afghan cricketer tweeted that the Australian decision were “childish”, echoing Rashid Khan for not playing in the Big Bash League.

The former Afghan president, Hamid Karzai, too voiced his disappointment at the Australian’s decision, expressing his pride of the Afghan team.

Diva Patang, a London based activist, added her support for Rashid Khan.

Taliban officials and supporters too joined in criticising the Australians. With the group’s interior ministry spokesperson, Khalid Zadran, tweeting that “I support our Afghan heroes against the decision of the Australian Cricket Board.”

Qari Abulsattar Saeed, a vocal Taliban activist, called the Australians “bigoted”, who he said, were “shooting themselves on the foot.”

But for Shaharazad Akbar, the former Chairperson for Afghanistan Independent Human Rights Commission, Rashid Khan was wrong, “How is cricket bringing hope when half the population are deprived of the right to education, when the Quranic command “Iqra” is being violated? Where is hope for Afg girls & women?” she tweeted.

Others, including the former Vice President, Amrullah Saleh, reminded his followers of the Afghan cricketers of their group, including Rashid Khan, photo op with Sirajuddin Haqqani, tweeting that Australians had made a “meaningful move.”

Zala Zazai, a former police officer, praised Australia for being the first country to break silence against the Taliban. “We women will never support a team that ignores the social problems of women.” She tweeted.

For some, the Afghan national cricket team wasn’t national. A team predominantly formed of players from one ethnicity didn’t represent Afghanistan, they argued.

Khadim Hussain Karimi, a journalist and author, tweeted the team’s group photo with Haqqani, saying that “even if the Taliban and this disgusting photo didn’t exist, the team would still be problematic for being kept deeply exclusive to one ethnicity, robbing it of the ability to united the whole country behind it.”

Politics, some argued, shouldn’t be mixed with sport. To which the Cricket Australia boss answered: “basic human rights is not politics.”