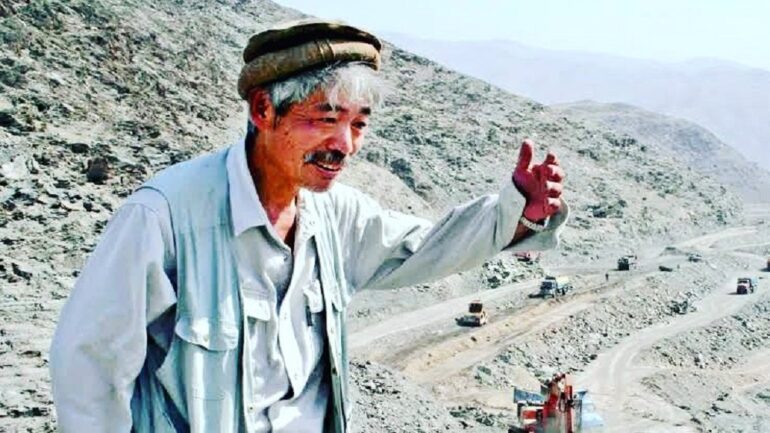 On the occasion of the 3rd death anniversary of Tetsu Nakamura, a prominent Japanese aid worker who is locally known in Afghanistan as Kaka Murad, Japan’s Embassy in Kabul has said that his projects are being continued and wished to bring his methods to other parts of Afghanistan.

Nakamura was a Japanese physician who devoted much of his life to Afghanistan, treating patients and watering deserts.

After years of devotion and charity work, he was shot and killed three years ago along with his driver and four bodyguards in Jalalabad, the capital city of the eastern Nangarhar province.

He was head of the Peace Japan Medical Services (PMS) and worked for supporting and developing irrigation systems and greenery in Afghanistan, particularly in the eastern Nangarhar province.

Nakamura designed and implemented several irrigation projects in Nangahar and Kunar provinces which rescued hundreds of locals from poverty. “Even though he unfortunately passed away, his projects are being continued by his Afghan and Japanese colleagues,” said Japan’s embassy in a tweet on Sunday, December 04.

The Embassy also reiterated that Japan will continue its support for the people of Afghanistan.

Nakamura was 73 years old when he was shot and killed in Jalalabad on December 04, 2019.

After becoming a qualified doctor, he moved to Pakistan in 1984 to treat patients with leprosy. Two years later, he moved to Afghanistan where he opened a clinic in a remote village in Nangarhar and established the PMS. In October 2019, he was awarded honorary citizenship by the Afghan government for his humanitarian work in the country.