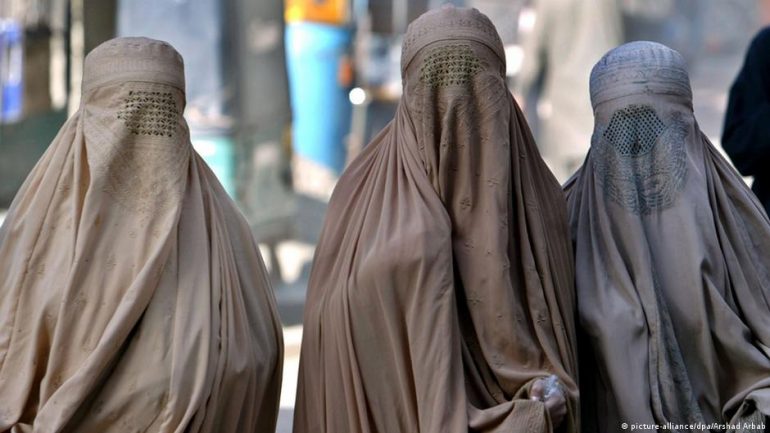 With the Taliban taking over Afghanistan in August 2021, many socio-political changes have been brought to institutions. Institutions of higher education, such as universities, are not deemed exempt from these new changes. Students at Kabul University’s Medical Sciences Faculty spoke with Etilaatroz, mentioning the Taliban’s intervention in the various university operations. During the past year, the Taliban have brought extensive restrictions on university students, specifically female students. Etilaatroz has used pseudonyms to protect the identities of the students profiled in this report.

The Taliban have imposed many restrictions on female students attending universities. Specifying a dress code (i.e., a hijab) for women is one of the severest orders they have put on their agenda. Female students must attend the university with the hijab specifications chosen by the Taliban. Otherwise, the students fear facing severe consequences from the Taliban forces, such as simply not being allowed to enter the university premises.

Mursal—a student at Kabul University’s Medical Sciences faculty, speaks of the severe consequences that one can face if one doesn’t abide by the dress codes established by the Taliban. She says that breaking this ‘law,’ can lead to suspension or dismissal from the university.

Shirin, a student at the university, says that the Taliban take the imposition of the Hijab seriously. A clear example of this illiberal decree is when the Taliban did not allow female students—who wore clothes that differed from the established decree—to the university on exam day.

Over the past year, the Taliban have imposed many such restrictions on women. For the most part, of the biggest concern to the Taliban is the issue of imposing the Hijab requirements. The Taliban’s decree requires a burqa—a long black dress with a mask-like black veil covering the face area. In order to force compliance with their decree, the Taliban have appointed female inspectors to monitor women in the various sectors of society.

According to Mursal, the Taliban have imposed similar severe restrictions on male professors as well. They are forced to wear shirts and turbans, alongside a mandated requirement for growing their beards. Mursal, speaking of improper compliance protocols, says that at one point, with no security cameras present to avoid such a situation, the compliance inspector was a male employee who often monitored female doctors and students in the dental department of the Medical Sciences faculty.

The hijab chosen by the Taliban is a burqa or a long black dress with a mask or veil.

Zahra, also speaking of the mandatory burqa requirements, says that the Taliban administration has appointed people with different titles—without considering their medical expertise and knowledge—to supervise students in the different departments of the Medical Sciences faculty for their compliance with the decree. She says that the newly appointed head by the Taliban, instead of dealing with the important issues of the clinic—which are relevant to the daily operations of the faculty—only cares about monitoring the student’s compliance with the burqa and veil requirements.

Zahra says, “He [referring to the Taliban inspector] monitors the security camera daily—from morning to evening—watching to see if the students or doctors are disobeying the [burqa] laws.”

According to Zahra, these strict laws—particularly the rigid dress code requirements—imposed by the Taliban subjugate women to being treated as second-class citizens; understandably, getting an education in such an environment is a tremendous challenge.

Facing such severe restrictions, students have become severely demoralized in pursuing their educational aspirations. She emphasizes that such treatment of female students is misogynistic and portrays the fact that the Taliban do not consider or treat women as human beings.

Classroom Segregation and Prohibition of Speaking with Professors

Since the Taliban takeover, the issue of gender segregation at the universities has also been raised. The Taliban administration’s Ministry of Higher Education has organized for male and female students to attend Kabul University (and, or Kabul Polytechnic University) on separate days. Since the early days of the Taliban’s rule, students have witnessed classrooms being divided into two halves through a curtain in the middle—separate sides for male or female students, respectively. These restrictions have caused problems for students, such as a lack of teaching facilities and professors. Students at Kabul University’s Medical Sciences faculty report that classrooms for female students are separated, and they pursue their studies with minimum educational facilities.

Mursal speaks of this too, “The female area is separated, but unfortunately, even the bare minimum educational facilities are not provided in the female section (marker, projector, drinking water and…so on.” She says that at the dentistry school, although there are not enough facilities for a hospital, most of the budget is spent on issues such as partitioning and building a wall between the women’s and men’s sections. She further adds that the dental section is a small space; making matters worse, the space is further divided into two sections for women and men.

Gender segregation at the universities due to the Taliban’s return to power. Photo: Social Media

Shirin, who studies dentistry, says that the classroom conditions are below acceptable standards. She says that around 80 female students study in a small and ‘substandard’ classroom that does not have a proper ventilation system with a broken projector. Adding further, “Because the only standard classes available, now belong to male students.”

According to Zahra, restrictions based on gender are increasing every day. She says that the various health departments at the university are divided into men’s and women’s sections—without considering the presence of proper facilities and appropriate schedules.

The entrances and exits have been separated too.

She adds that the Taliban have banned the students from talking to the opposite sex, which means that female medical students are not allowed to talk to male specialists. “A few days ago, one of my classmates was asked by Directorate of Aliabad Clinic for speak with a male specialist and professor in the hallway, and she was insulted withm, ‘Why do you always like to talk to men?’”

Mursal confirms the prohibition of female students from interacting with their male professors on campus, leading to many academic problems.

Female students are forbidden from speaking with male professors about course materials. If a student is seen interacting with her professor, they are both summoned to the university directorate for interrogation.

This leads to hospitals also being segregated severely, according to Shakiba. Each section can only be occupied by either male or female students in accordance with the decree.

According to students, gender segregation is applied even in treating hospital patients. As such, female students are not even allowed to treat male patients, which has caused an increase in the number of patients and organizational disorders in the clinic, leading to long wait times.

Students of the Medical Sciences faculty report that their time on practical lessons have been reduced. According to these students, before the Taliban, four hours were dedicated to practical lessons, and now with the separation of male and female students at the university, the duration of practical lessons has been reduced to two hours for each gender, respectively. According to students, Islamic subject credits have increased, and fewer medical topics are taught. Shekiba says that the credits and hours of religious topics have increased for all of the four-year students, and most students have to study religious topics instead of the main medical subjects.

There have been changes in the staff members of the clinic too. Mursal says that the Taliban have hired the people they want in the clinic and fired the experienced specialists from their jobs.

According to the students at the clinic, despite the university’s rules—which require that the clinic staff be selected from among the medical students—only those students attending other universities, irrespective of their capabilities, who have a close relationship with the Taliban have been hired.

According to what Zahra has personally experienced, she says that she went to get a dental x-ray, but instead of a professional radiologist responsible for conducting the x-ray imaging, she happened to see a member of the Taliban who was not familiar with radiology at all and could hardly operate the machinery.

When the Taliban came back to power, a wave of migration began. Many young people were forced to leave the country rather than being subjected to the Taliban administration. Meanwhile, a large number of students have left the country. Some students say that after the Taliban take-over, with the establishment of laws and regulations, 40% of the professors either left their jobs or fled to countries abroad. Shekiba, one of the students at this university, says that many professors migrated abroad in the early days of the country’s fall, and many are trying to leave now. According to him, experienced professors have been ignored and humiliated by the Taliban at the university as well.

Restrictions On Female Students On the University Campus

The Taliban group has ordered the female students of Kabul University’s Medical Sciences faculty to avoid taking photos and videos on the university campus. The decree by the Taliban was published on September 8th, 2022. Students at Kabul University’s Medical Sciences faculty say that the Taliban issues new decrees daily. In their latest decree, they have banned taking pictures on the university campus. The students say that even though the space is completely for females, this restriction has been imposed wholesale. Another student says that female students are not even allowed to sit in the green area of Aliabad hospital, and they are harassed by the officers of the Ministry of Propagation of Virtue and Prohibition of Vice, and they are insulted by the officers of this ministry.

According to the students at the university, the Taliban are also sensitive about using cell phones, and if students are caught using cell phones in their presence, they will face harsh treatment and insulting words from the Taliban. The students of this university say that these issues have discouraged them, and since such interactions with the Taliban happen on a daily basis, it has become an annoying fact of their reality.

Zahra adds, “I wanted to reply to a message from a friend when the Taliban officer assigned to this branch insulted me with, ‘How dare you to message on your mobile in front of a Mujahid [referring to himself]? In these twenty years, America has taught you just to make friends and nothing else.’”

According to another student, using mobile phones is considered a crime, and taking photos has been banned for female students. Imposing restrictions on the students, especially girls, have demotivated them. These students, who entered the university with hardships and imagined a bright future for themselves, are now speaking of despair in the shadow of the Taliban’s government.

Shirin, who was accepted to study stomatology (dentistry) at Kabul University’s Medical Sciences faculty five years ago, never imagined that she would continue her studies facing so many constraints and restrictions from the Taliban. With two months left in her study internship, she says that she no longer has the same enthusiasm as before, and if she gets a chance, she will definitely leave the country, “I never thought of living abroad, but for the past year, with increasing restrictions on females and schools staying shut, I do not see any hope for my future in this country.”