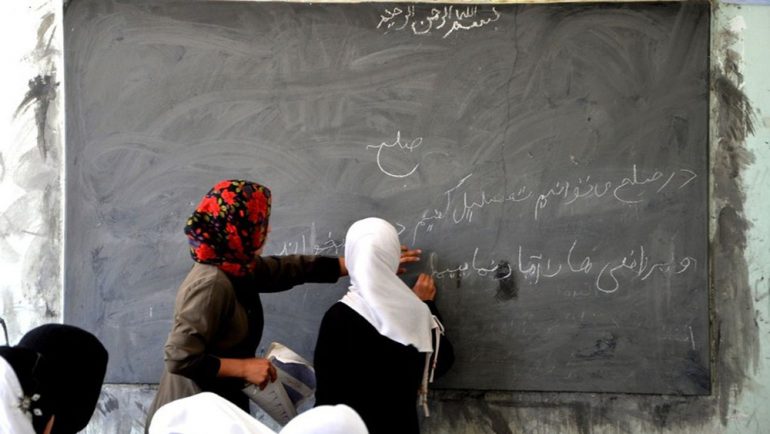 The Taliban intelligence directorate has asked school teachers in the western Herat province to specify their religious identity whether they are “Sunni” or “Shia” Muslim in a detailed form, according to a copy of the form shared with Kabul Now.

“We were never asked under the former government that which Madhhab (school of Islam) – Sunni or Shia – we followed. We don’t know why they ask for specification of our religious identity,” said a teacher on condition of anonymity.

Calling on the Taliban to stop it, the school teachers stressed that such move will harm the unity between Sunni and Shia Muslims.

Naeem ul-Haq Haqqani, Taliban’s chief of cultural affairs, rejected to provide more clarifications regarding the form. Sher Ahmad Ammar, special representative of Herat’s Taliban governor, however, told Kabul Now that they will further investigate on how the forms have been distributed in schools.

This comes as the Taliban’s minister for propagation of virtue and prevention of vice, Mohammad Khalid Hanafi, has said in a recent meeting with a group of Iranian scholars that the “enemy” are attempting to disunite Afghans under the Sunni and Shia classifications.

He has stressed on further unity among Sunni and Shia Muslims in Afghanistan.