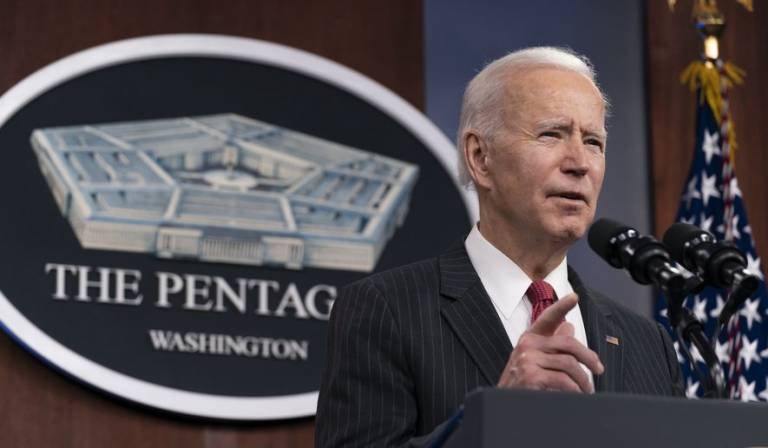 Biden signals extending US military presence beyond May deadline

US President Joe Biden has signaled in his first visit to Pentagon as commander-in-chief that he would extend the US military presence in Afghanistan beyond the May 01 deadline set in the US-Taliban peace deal signed on February 29, 2020, the Washington Times reported.

Delivering his speech beside US Vice President Kamala Harris and Secretary of Defense Lloyd Austin, the President noted that he would never hesitate to use force to defend the vital interests of the American people – but only when necessary.

“I believe force should be a tool of last resort — not first,” he was quoted as saying. “The central, indispensable mission of the Department of Defense is to deter aggression from our enemies.”

Biden said he would work with Secretary Austin as well as leaders around the world to bring “responsible” ends to wars that have “dragged on for far too long.”

Since Biden’s election as the US President, officials of his government have implied in their different remarks that the Biden Administration will be tougher than its predecessor, Trump Administration, in regard with pressuring the Taliban to become accountable for the commitments they made in the peace deal with the United States.

Late in January, US National Security Adviser Jake Sullivan said that the Biden administration is taking a “hard look” at how the Taliban are honoring the February peace deal. “What we’re doing right now, is taking a hard look at the extent to which the Taliban are in fact complying with those three conditions, and in that context, we make decisions about our force posture and our diplomatic strategy going forward,” Sullivan told Aljazeera English.

The US Secretary of State Antony Blinken said they would review the US-Taliban peace deal and its military withdrawal from Afghanistan.

The slight shift in US approach towards the Afghan peace issue and its military presence in the country has been welcomed by the Afghan government albeit the Taliban militants warned that the group would react militarily if the US did not pull its troops out of the country.