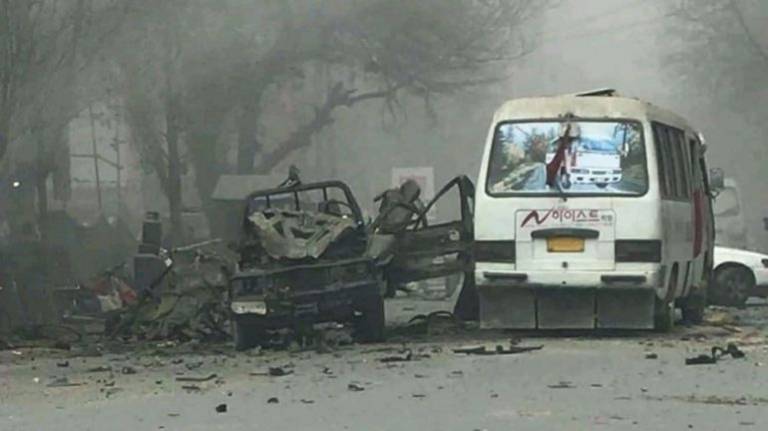 As many as four people, mostly policemen, were killed and four others were wounded in three separate blasts which went off in different parts of Kabul city earlier this morning, December 26, according the Ministry of Public Health (MoPH).

Kabul police firstly confirmed that two policemen were killed and three people, including two police forces, were wounded in the blasts.

The first blast, a magnetic bomb, went off in Chaman Huzori area of Kabul PD8 around 07:02 AM. Ferdaws Faramarz, spokesperson for Kabul police chief, told Kabul Now that no one was harmed in the incident.

The second blast took place in Faiz Mohammad Kateb street, PD6, around 07:05 AM, and wounded two policemen, according to Faramarz. The wounded were taken to hospital, he said.

In a separate attack, two policemen were killed and one civilian was wounded after a police Ranger vehicle was hit in Charrahi Shaheed of Kabul’s PD3, at around 09:05 AM, according a police official.

No group has claimed responsibility for today’s attacks.

A hike in violence comes as the High Council for National Reconciliation (HCNR) held its second leadership meeting today, December 26, with the presence of almost all jihadi leaders and prominent government officials.