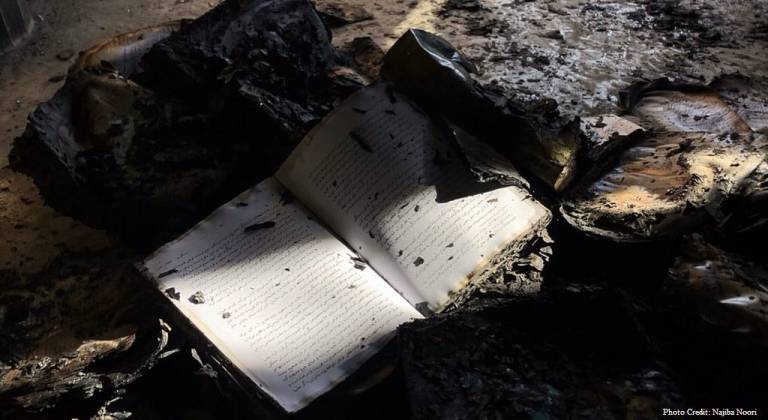 A community of international scholars, including Afghan and foreign scholars, have condemned recent attacks targeting educational centers in Afghanistan and called for inclusion of the right to education and physical safety for students and educators as an “urgent measure” in the ongoing peace talks in Doha, capital of Qatar.

“Students and educators must be ensured safety and security while attending school, without any threat or fear for their lives and to be able to work, study, and learn in a protected and safe environment,” part of the letter which was signed by 323 Afghan and foreign scholars reads.

The letter’s signatories urged the Afghan government, the United States, the European Union, regional countries, international organizations, including the United Nations, and the Organization of Islamic Cooperation to leverage their influence to investigate and prosecute the perpetrators of the attacks and safeguard the rights of students and educators.

“This was the second attack inside an educational institution in just over one week in Kabul. On October 24, a suicide bomber attacked Kawsar-e Danesh, a tutoring center in a predominantly Hazara neighborhood, killing 43 and injuring 57,” the letter detailed.

The Afghan government, however, blamed the Taliban, particularly Haqqani Network, for the attacks which have been rejected by the militant group.

The National Directorate of Security (NDS) announced on Saturday, November 14, that its operatives have arrested the mastermind of the attacks against Kabul University and Kawsar-e-Danish tutoring center.