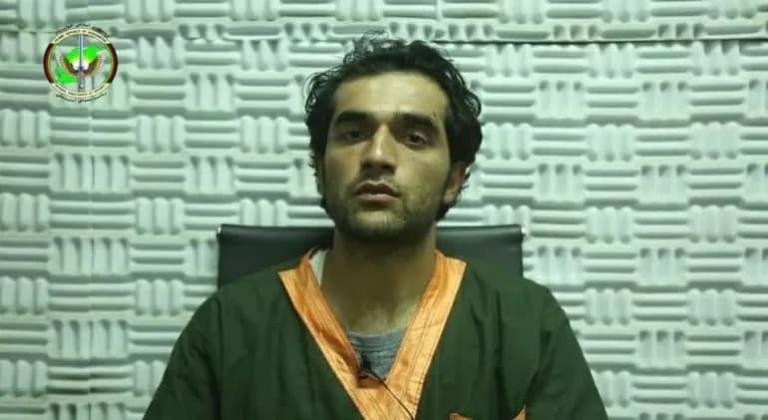 Special forces of the National Directorate of Security (NDS), Afghanistan intelligence agency, have arrested the mastermind behind the deadly attacks against Kabul University and Kawsar-e-Danish tuition center, the NDS said in a statement.

The NDS identified the terrorist as Mohammad Adel, also known as Assad and Arash, who was arrested in a raid conducted in PD12 of Kabul city. The statement issued on Saturday, November 14, further noted that the terrorist had studied Islamic studies at Islamic Law Faculty of Kabul University and then joined a joint-network of the Haqqani Network and Islamic State Khurasan Province (ISKP).

It detailed that Adel started plotting terrorist attacks after he was introduced to and hired by another top leader of the joint network of the two terrorist outfits, known as Mohammad. “I presented the idea of attacking the Kabul University’s law faculty to Mohammad and he accepted. We wanted to attack the centers where it would be covered widely or make bold headlines to pressure the government,” the NDS statement quoted Adel as detailing about the attack.

According to the NDS, Adel was also involved in other terrorist attacks. The man has hidden and trained Noor Akbar, who planned and conducted the deadly attack against the 100-bed Barchi hospital, for one month in But Khak area of Kabul.

First Vice President, Amrullah Saleh, has also confirmed that the mastermind of the attack was a former student of Islamic Law at Kabul University and an original resident of Panjshir province. According to him, the terrorist had received weapons and orders to attack the university from a prominent member of Haqqani Network – the lethal arm of the Taliban – Sanaullah, in Khost province.

Meanwhile, Zabihullah Mujahid, a spokesperson for the Taliban, rejected claims made by the Vice President as “propagations” aimed at hiding  what he described as the “jointly [committed] crime” by Saleh and the ISKP.

As many as 41 civilians, mostly teenage students, were killed and 81 others were wounded in the attack targeted Kawsar-e-Danish tuition center in Pul-e-Khushk, a western neighborhood of Kabul.

At least 22 people, mostly university students, were killed and 40 others wounded in the complex attack against Kabul University.

The two attacks were claimed by the ISKP and the Taliban rejected any involvement.

The government, however, blamed the Taliban for the deadly attacks and providing the terrorist groups with protection in areas of their control.