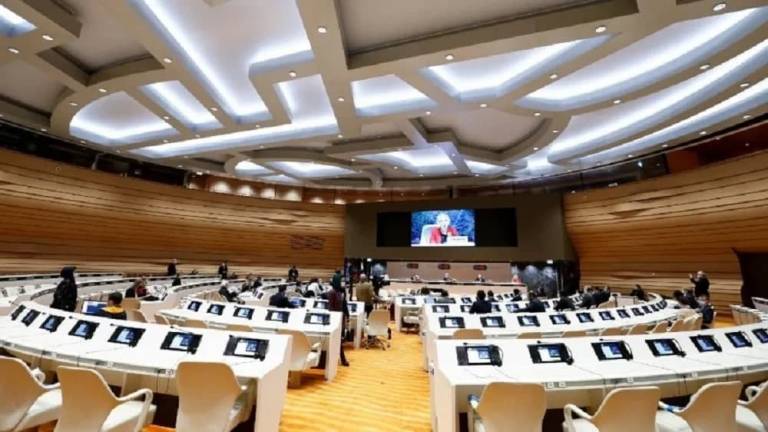 Donors pledge billions to Afghanistan but with tougher conditions

Representatives from 66 countries and 32 international organizations participated in the pledging conference.

The donors have restricted their continued support with the following conditions: building up upon the achievements made over the last two decades; reduction in violence; protection of human rights, particularly women rights; rights of minority groups and war victims, an effective fight against corruption, promoting  of democracy, good governance, and rule of law.

Among them, the United States and Germany have imposed tougher conditions, specifically in regard to the peace process, and ending the ongoing war in the country.

“We are pleased to pledge today USD 300 million … with the remaining USD 300 [million] available as we review progress in the peace process,” said US Under Secretary of State for Political Affairs David Hale addressing the conference.

According to AlJazeera, the US has paid roughly USD 800 million a year only in civilian aid to the country in recent years.

Another major donor, Germany, has pledged USD 511 million for 2021 and added that it would keep contributing through 2024 stressing on progress towards ending the war as a need.

Welcoming the donors’ pledges at the Geneva conference, the Afghan government announced on Wednesday, November 25, that it will be accountable to its international donors and the Afghan people and reiterates on fulfilling the mutual commitments in the light of Afghanistan National Peace and Development Framework (ANPDF II). “The Islamic Republic of Afghanistan once again declares its commitments to safeguard, promote, and build on achievements made over past 19 years with contributions of the international community,” said Sediq Sediqi, President Ghani’s spokesman, in a conference held on Wednesday. He added that the government make progress towards self-reliance by implementing its priorities in areas of reforms, countering corruption, and good governance.

As stated in Communiqué of the Geneva conference, the participants renewed their long-term commitment to support Afghanistan in seizing this historic opportunity on its path towards peace, prosperity and self-reliance. The participants committed to reconvene to review progress and pledges at a Senior Officials Meeting in 2021 and in a Ministerial Meeting in 2022.

“we  welcome  the Afghanistan  National  Peace  and  Development  Framework  II  and  the  Afghanistan  Partnership  Framework and undertake to be mutually accountable in supporting the efforts of the Afghan people to achieve tangible results in the field of peace-building, state-building and market-building,” the Afghan government and the international community was cited as making mutual commitments at the conference.

Regarding the peace process, the donors’ community called for inclusive and meaning full participation of women; youth; ethnic, religious, and other minorities in the process. They further stated that “any political settlement” must protect the rights of all Afghans, including women, youth, and minorities.

UN Envoy: This money does not come freely

Addressing a presser at the end of Geneva conference, Deborah Lyons, Special Representative of the Secretary-General and Head of the United Nations Assistance Mission for Afghanistan (UNAMA), asserted that the donors sent a message to the Afghan government that the pledges were not made freely, but with conditions. “This money does not come freely. It comes with condition that the money will be well-spent and the government will be held accountable,” she said.

According to Lyons, strong measurements of anti-corruption will be identified as well in order to assure that the money is being spent wisely and the Afghan people will benefit from it.

Speaking at the same conference, Mohammad Haneef Atmar, Minister of Foreign Affairs, said that the conference made three major achievements for the Afghan government.

Firstly, the international community and the Afghan government agreed on a political and development program. Secondly, the two sides agreed on a set of rules and principles and mutual accountability framework. Thirdly, the government pledged to shoulder its responsibilities, particularly in areas of security, reforms, and good governance, and as well as move with a strong political will to achieve peace. In addition to financial resources, Afghanistan international partners have agreed to provide political and security support for the Afghan government.