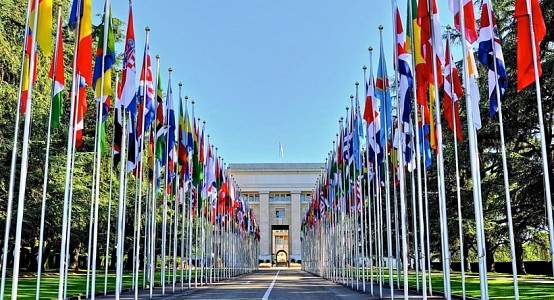 All eyes are on Geneva donor conference

On a Saturday afternoon in late October, a suicide bomber attempted to enter an education centre in Kabul. Prevented by security guards, the attacker entered a nearby lane and set off the explosives which killed at least 24 people including schoolchildren and injured many more.

A colleague’s daughter survived the attack, but many more parents are still in mourning.

In the same month, an airstrike in the north-east of the country hit a school, reportedly killing at least 12 children. Insurgents were the intended target. Cold comfort for the grieving parents whose loved ones were killed in an act of fire and fury.

Attacks like this, that violate the laws of war, that directly impact children, are far too common in Afghanistan.  If they occurred in the western world there would be widespread condemnation. Sadly, they often go under-reported as a result of competing global news stories, such as the COVID19 pandemic and the US Presidential election.

As the UN revealed in its latest report on the civilian cost of the Afghan war, nearly 1,900 children were killed or maimed in the first nine months of 2020.

This is truly shocking.

A 14-year-old Afghan girl told us, “When fighting breaks out, no place is safe in our village, but home is still better than outside.  We hide in the corners of rooms.”

The awful truth is that every child in Afghanistan today has grown up in conflict.

The escalation in violence has hindered the education of children, too. The Global Coalition to Protect Education under Attack recorded more than 300 attacks on schools between 2017 and 2019, which injured or killed at least 410 students and teachers.

Even before the COVID19 pandemic, an estimated 3.7 million children, almost half of all primary school aged children, were out of school.

The impact of this on children is severe.

Lack of access to education leads to an increased risk of abuse and exploitation. And we know that in Afghanistan 93 percent of late primary school-aged children are not proficient in reading. For 15 to 24-year-olds literary is 65 percent.

The nation’s under-investment in education, presently 78 percent less than the average for the South Asia region will have profound impact for years to come, but especially for girls.

Educated girls are crucial to the lasting peace of a conflict-affected country like Afghanistan. We know from experience that educated girls experience improved health and nutrition and contribute to better economic performance and growth.

We’re extremely concerned that 60 percent of school-age children missing out on their education are girls. This would not be tolerated in the UK, the US or Australia, so why is it acceptable in Afghanistan?

It is not all gloom Afghanistan is facing. It has to cope with the COVID19 pandemic despite the fact that the country’s dilapidated health system and health workers are under attack.  All this in a country where nearly 50 percent of the population, 18.4 million people, will need humanitarian assistance this year. Where 5.5 million people could soon experience famine conditions and 3 million children under the age of five suffer from under-nutrition, according to the UN.

Little wonder that Afghanistan is one of the worst places in the world to be a child.

It therefore beggars belief that despite a dramatic rise in humanitarian need, international aid to Afghanistan has tumbled. Donors have gradually funded less and less of the UN’s annual pleas for humanitarian support, from 87.5 percent in 2016 to 76 percent in 2019. This year’s appeal has so far only received a pitiful 40 percent of what is needed.

That’s why in the upcoming day Afghanistan donor conference in Geneva is crucially important.

At this conference, which takes places as nascent peace talks offer cautious hope for a political settlement to the war, the international community must deliver increased funding for education, especially for girls, as well as protect the interests of people with disabilities and other vulnerable groups.

There must be increased spending on public health to dramatically improve life-expectancy outcomes of children, many of whom are having to live with life-altering injuries due to being caught up in the conflict.

The international community must work with the government of Afghanistan to ensure national laws related to the protection of children are fully resourced and rolled out nationwide. And it must continue work to help secure an enduring peace settlement so that future generations of children grow up free from the fear of violence and death.

This and more must be our commitment to a nation whose people have endured decades of hardship, conflict and violence. Indeed, it is vital so that a country racked by decades of fighting and division, is able to forge a better future for all its citizens.

Chris Nyamandi is Save the Children’s Country Director in Afghanistan.