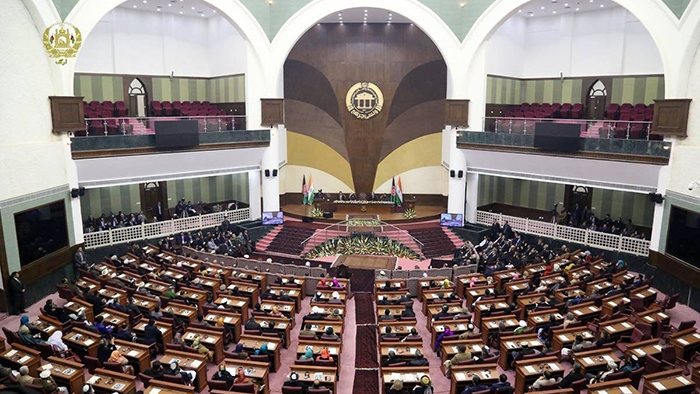 In a statement issued on Wednesday, October 07, the Parliament has called on the government to defend and protect achievements made over past 19 years, including the republic system, with “decisiveness” in peace talks.

“The achievements gained over past 19 years and separation of powers are respectable for us. The Afghan people have shaped a branch of the government by sending their representatives to the national assembly for several times over the past years. Plus, we have ensured freedom of expression, women rights, and human rights,” parts of the Parliament’s statement reads.

Stressing on strengthening the current political system further and its protection, the statement notes that no one must be pushing for diminishing this system and institutions under any pretext. “The international community must know that we have now [a running] system preferred by majority of the people in Afghanistan and we see Afghanistan’s survival in survival of the republic [system],” the Parliament asserted.

In a tweet posted late Wednesday, Sediq Sediqi, spokesperson for President Ghani, said that the government is welcoming the Parliament’s statement. He further went on to praise the Parliament’s stance as in compliance with the country’s national interests and a demand by majority of Afghanistan’s citizens.

The Parliament’s insistence on preserving the achievements, particularly the republic system, comes as negotiators of the Islamic Republic of Afghanistan and Taliban representatives have become bogged down at the very beginning stage of intra-Afghan negotiations kicked off in Doha on September 12.