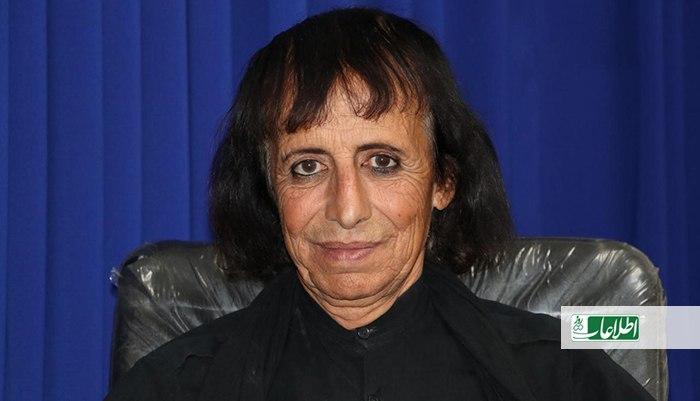 Saboor Husseini, who is a teacher in Herat, identifies herself as man with emotion of a woman
KabulNow·September 9, 2020

“My gender has put me at risk of continuous harassment; people make me their subject of mockery. To avoid being harassed, I have been taking medicines to shrink the size of breasts,” says the 64-year-old Saboor, who is an intersex.

Saboor, who speaks about her gender identity to media perhaps for the first time in her 64-year-long yet intimidatingly difficult life, says that she, as a child, was told not to talk about her gender orientation in public. Throughout her childhood, she had to conceal her gender identity and avoid socializing with children and grownups around her, now Saboor recalls as told by her mother. “I was always told not to talk to people in public. I used to do chores and took part in cleaning of [our] house.”

Most of her childhood time, as she now talks about, was spent in making toys, sewing and handcrafting. In 2012, with her parents dead, Saboor dared to break the biggest ice which had frozen her identity throughout a 56-year period of time: she talked about her gender identity in public.

Fearing to be marginalized at the hand of mainstreamers, most Afghan lesbians, gays, bisexuals, and transgender tend to escape talks about sexual orientations. I know eight transgender folks in Herat who tempt to hide their identities, says, Saboor Husseini.

As a child, Saboor was passionate about dancing. She often dances at friendly parties but most often avoids dancing in public, fearing sexual harassment and narrow-minded judgments commonly passed about an intersex dancer in conservative Herat city.

During her eight month trip to India, the land of traditional eastern dance, Saboor got a chance to learn dance professionally. She thinks art of dance is a form of sport which keeps human young and happy. “I am interested in dancing, the reason I look young, being 64 years old, is [that I am dancing].”

She, now, has been playing a role in a TV series, called Khayalplaw, literally means daydreaming. She also teaches at a school. Every working day, Saboor walks 30 km to get to a primary school in Guzara district of the western Herat province. “I prefer to teach elementary courses at school because students in higher classes are not listening to me,” she says.

Saboor Husseini attended primary school at a girl’s school in Herat. In 1983, she graduated from science department of Ibn-e-Sina high school in Kabul. Teaching, she says, is the only source of her income in a country where unemployment rate is high and her community is facing a tough financial burden.

“Herat society must accept me as a human being.”

Though Afghanistan is home to a sizable number of LGBTQ community, the country’s law makes no mention of their rights.

Last year, Massouda Karokhi, an MP who represents Herat, took the issue of transgender community to a parliament session but it attracted little attention. I raised the issue in the Afghan parliament but everyone, including those who claim to defend human rights kept silent, she told Kabul Now. MP Karokhi calls on human rights activists to submit a draft law on protection of transgender community to the country’s ministry of justice.

Saboor’s life is a true account of harassment, intimidation, marginalization and humiliation, perhaps, every intersex or transgender Afghan has gone through. I have been beaten and even stabbed at some points, she says, for I resisted against sex requests made by fellow humans in my country. In most recent case of violence, she was attacked by a group of unknown men on Tuesday evening, September 08, after her story went viral on Etilaat-e-Roz website and local TVs.

“We must be free to wear dresses [of our choice]. I love to try out bright colors. People don’t allow me to wear makeup and lipstick. I am apparently a man with emotions of a woman,” she says.

What Saboor demands from society and the government is something ordinary for every ordinary Afghan national. She wishes to walk on street without being mocked, intimidated and harassed. Saboor Husseini wants to be recognized as human being. Nothing more, all I want is recognition in the society and by society members, she says. “Herat society must accept me as a human being.”