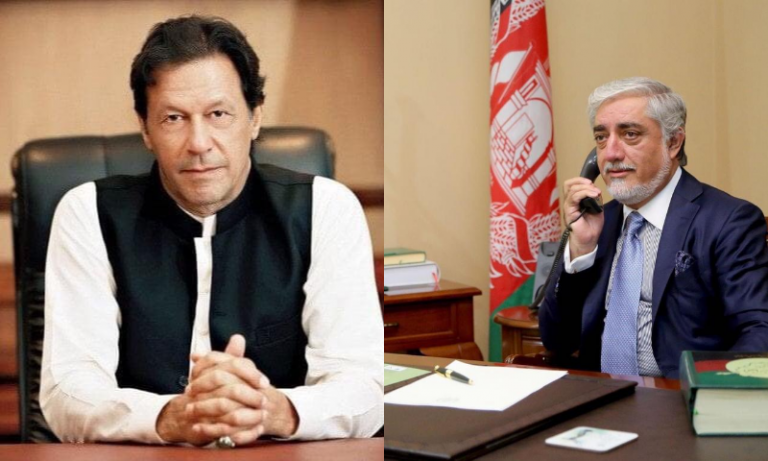 The chairman of High Council for National Reconciliation, Abdullah Abdullah, late on Wednesday, August 26, wrote on Twitter that the Pakistani Prime Minister, Emran Khan, has invited him to Islamabad for talks on the intra-Afghan negotiations. Mr. Abdullah thanked PM Khan for invitation and announced that he would visit Pakistan in near future.

The call followed a meeting between the Pakistani Foreign Minister, Shah Mahmood Qureshi, and a Taliban delegation led by Mullah Abdul Ghani Baradar, the head of Taliban’s Qatar office. Mr. Qureshi expressed optimism about future of the intra-Afghan talks, which was scheduled to take place on March 10, but faced delays as hurdle impeded the talks. “After listening to the Taliban delegation, I’m optimistic of progress in the near future despite problems and the presence of spoilers. Hopefully a way out would be found,” Qureshi told Pakistani media.

Under the US-Taliban peace deal, the Afghan government and the insurgent group have to sit around a negotiating table, known as intra-Afghan negotiations, discuss a political settlement to end the nearly 20-year-long American war in Afghanistan. Under the deal, which was signed late in February, the government was to release 5,000 Taliban prisoners in return for 1,000 government forces kept by the Taliban.

As confidence building measure, the Afghan government has freed 4,680 Taliban prisoners but it has now conditioned release of the remaining 320 Taliban inmates, demanding the Taliban to first set free 22 Afghan commandos, who according to Afghan security officials, are held in Taliban custody. The Taliban, however, claim that they have released all government detainees.

Abdullah, hours after his conversation with Prime Minister Emran Khan, wrote on Twitter: “I appreciated PAK’s support for the peace process. We reiterated on the unique opportunity to reduce violence, start I/A talks & pursue a path to a dignified & durable peace.”

In a phone call with HE @ImranKhanPTI, I appreciated PAK's support for the peace process. We reiterated on the unique opportunity to reduce violence, start I/A talks & pursue a path to a dignified & durable peace.
I thanked the PM for invitation, & visit Pakistan in near future. pic.twitter.com/xcb4ulEXlI

Pakistan, a country which has political influence over Taliban insurgency, promised the US government to bring the Taliban leaders to negotiating table with the Afghan side. Pakistani diplomats have repeatedly said that Islamabad is committed to facilitate a peace settlement in Afghanistan but their Afghan counterparts see Pakistan’s Afghan policy as one of several hurdles which is threatening the peace process in Afghanistan.

“The process has now reached a crucial phase and all Afghan sides should seize this historic opportunity and commence intra-Afghan negotiations at the earliest to achieve an inclusive and comprehensive political settlement,” a statement issued by Pakistani foreign ministry, quoting Minister Qureshi, says.

For the first time in history, the Afghan government and the Taliban have reached to a close point on peace settlement to end their nearly 20-year-long war albeit a number of challenges lie ahead of this arduous process.

On August 10, Afghan state-run TV, RTA, announced that the intra-Afghan negotiations would be held on August 16 in Doha, the Qatari capital. The announcement followed the August-nine declaration which was passed by the Consultative Loya Jirga on release of the remaining 400 Taliban prisoners, who according to the Afghan government, were involved in ‘serious crimes’. Following the declaration, the government set free 80 more Taliban prisoners.

The Taliban have been accusing the Afghan side of hindering the commencement of the intra-Afghan negotiations, something the government rejects. The government remains skeptical about Taliban peace policy which remains ambiguous on key issues such as structure of a power sharing deal and nature of future government including the country’s constitution.