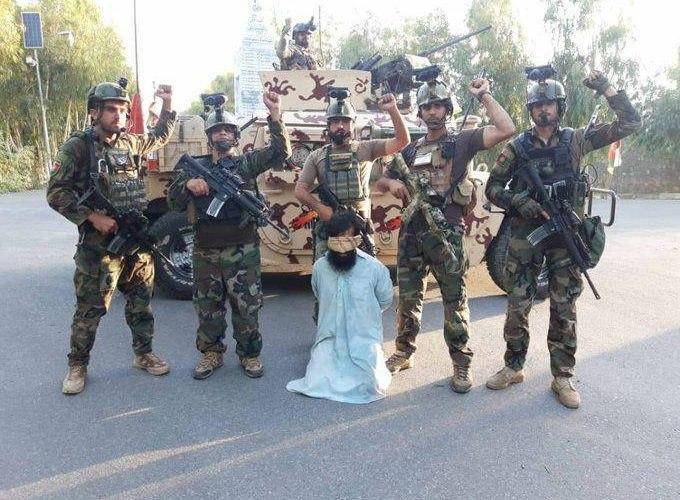 Mohammad Saeed, who would traffic foreign fighters of the Islamic State Khurasan Province into Afghanistan, has been arrested by the Afghan commando forces, according to the Ministry of Defense (MoD).

Fawad Aman, a deputy spokesperson for the MoD, said that the ISKP member was arrested last night, August 04, in the eastern Kunar province, adding that Saeed was taking families of the ISKP’s foreign fighters to Afghanistan. He went on to detail that the ISKP member was behind Sunday’s Nangarhar prison attack in which 29 were killed and 50 others wounded.

The attack started late Sunday, August 02, after a car bomb was detonated near Nangarhar prison where hundreds of ISKP and Taliban prisoners are kept. It lasted for 23 hours and ended after 11 assailants were killed by Afghan security forces.

Quoting Nangarhar governor, Tamim Aref Momand, BBC Persian reported that 272 prisoners of around 1,800 detainees kept in the prison are now missing. The report added that the missing prisoners are yet to be identified.

Distributing leaflets after the attack, the ISKP have warned people residing in the area not to hand over footages caught by their security cameras to the Afghan police force.

On the other hand, the Ministry of Interior (MoI) has summoned Nangarhar police chief to Kabul to brief what security lapses allowed ISPK assailants to launch attack on Nangarhar prison.