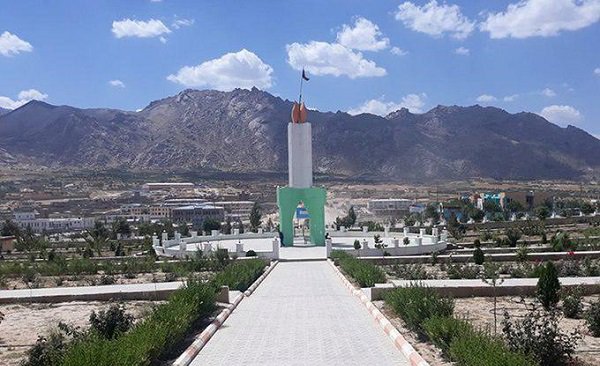 Covid-19 crisis: what is happening in Daikundi?

According to official record by the Afghan ministry of public health, in Daikundi the total number of positive cases of Covid-19 has reached 22. Eight Covid-19 patients have recovered and one person, who was infected by the virus, has died.

But the actual number of Covid-19 cases are higher than official figure and the pandemic coronavirus and its effects remain underreported in the central province.

“The situation is unfortunately very critical but the local administration denies it,” says MP Raihana Azad. A large number of Daikundi residents have returned to their home villages after outbreak of the coronavirus in major Afghan cities and Iran.

“There is no sufficient testing facilities in Daikundi. Samples taken from patients are sent to Kabul and results come out after 15-20 days,” Ms. Azad noted. She claims that local health authorities intentionally keep Covid-19 cases underreporting in the province.

Former governor of Daikundi province, Sayed Anwar Rahmati, however, rejects the claims arguing that the cases of Covid-19 remains low in the province for the locals are carefully observing social distance. “The people are cooperating with the local authorities which helped Daikundi in preventing coronavirus,” he reiterated.

Those who are infected by the virus will be tested and kept in isolation, according to Rahmati.

Suroush says the actual number of Covid-19 cases is higher than figures announced by local authorities.

Locals and head of Daikundi’s health department, Eshaq Ali Darman, say that a disease, which has similar symptoms as Covid-19, is now spreading among rural communities in the province. The local health official acknowledges that there is no well-equipped health facility in the province to test all those who appear to have been infected by the virus.

Mr. Darman says that official figure on positive cases of the virus is not accurate. He underlines that over 20 percent of Daikundi population are suffering from an infectious disease, which is very similar to Covid-19. “Unfortunately, some Covid-19 patients are avoiding to get tested in medical centers. Those who are infected can easily transmit the infectious disease to others around them,” the health official says.

According to the top local health official, they send samples of the Covid-19 cases to Kabul by car, which takes days to reach Kabul and come back to province. “We call on the government to provide facilities for Covid-19 diagnosis in Daikundi. The least period we can receive the test results from Kabul is between four to 11 days,” he stated, warning that such a time-consuming process would further spread of the virus among the people.

Musa Mohammadi, a local resident, also talked to Kabul Now about an unknown disease, which is so-called strong flu. “I don’t know whether it is corona. But most of the people are infected with strong flu. The people who are infected are suffering from severe headache, body-ache, cough, asthma, and dizziness,” he told about symptoms of the disease.

Mr. Mohammadi, who is working with a charity organization in the province, says he has seen many patients infected by the disease while working on the field.

Currently there is just one 50-beds medical center for isolation of Covid-19 patients in the provincial capital, Nili, and several other medical centers which comprise a total of 80 beds in six districts for people who test positive for the coronavirus.

According to the health authorities, currently there are 135 medical centers across the province, with most of them providing basic health care for mothers and children. 1,100 health workers are busy providing health services in medical centers across different districts of the central province. The province health department, meanwhile, complains about lack of specialized staffs in the health sector, criticizing the central government for turning a blind eye to the remote province.

On the other hand, head of the province health department, Eshaq Ali Darman, asserts that the locals look reluctant to get tests in medical centers for fearing to become infected with the coronavirus. “Fear of being infected [by the coronavirus] and extreme poverty are discouraging people from referring to the medical centers,” he noted.

According to him, an estimated 85 percent of the local residents had accessibility to health services during summer and an estimated 61 percent in the winter season before the outbreak of coronavirus.

Though agriculture makes main livelihood of people in Daikundi province, nowadays local communities are more dependent on money sent by exile workers, mostly those who illegally leave the country for work in Iran. With the outbreak of the coronavirus in Iran, thousands of Afghan migrant workers returned home. Such major and unprecedented influx of returnees have further impacted the income of their households in Afghanistan. The burden of such huge loose of job opportunities is more tangible in the Daikundi whose residents are extremely dependent on the incomes they receive through labor in Iran.

An estimated 92 percent of Daikundi population are living below the poverty line, some local residents and local authorities warn of a “human catastrophe” if the financial challenges caused by lockdown restrictions are not addressed.

“Daikundi is locked by mountains. Agriculture products are not sufficient to meet the people’s basic needs. Most of Daikundi residents are migrant workers who have already lost their jobs,” says MP Raihana Azad.

The central government has taken some initiative to address the challenges.

Expressing gratitude for money aid worth of 37 million afghanis, Shaima Rustamian, a member of the provincial council, says that the amount could not completely meet urgent needs of the province.

With that amount, per account by Ms. Rustamian, they can only provide a gunny of wheat flour and rice in capital city of the province, Nili, and in centers of its districts for the needy people, leaving the remote villages which are more vulnerable and in dire need of aid packages.

“Financial situation of the people of Daikundi province is extremely worse this year. Some of the families even do not have a bread to eat,” said Musa Mohammadi, the aid worker, adding that late precipitations have further negatively impacted agriculture products of the province.

Surrounded by mountains, the central Daikundi province is located in the heart of the country. Lack of road infrastructure and long distance from major Afghan cities makes transportation a costly and often risky task. There are huge raise in prices of the basic food material—an acute inflation—making the already poverty stricken locals unable to earn a living.

Zia Fakuri, who is a senior official at Daikundi’s statistics department, says that their 2019 survey suggests 90.2 percent of Daikundi population is living below the poverty line which has certainly collapsed further with the outbreak of coronavirus.

According to official figure a total population of 750,000 live in Daikundi but MPs who represent the province and some of provincial council members say over a million people are living in the province.