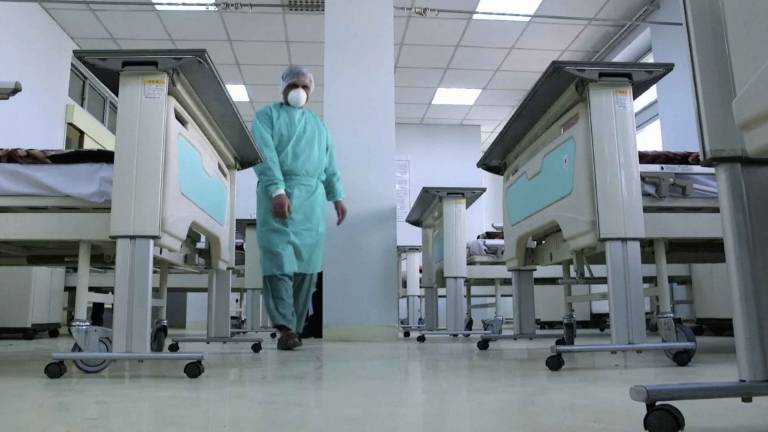 Complaints about mismanagement and lack of medical equipment in Afghan-Japan Hospital remain high though the Afghan government has allocated a substantial amount of money to campaign against Covid-19 outbreak in the country. As the fatal pandemic coronavirus continued to climb in the country, the Afghan government allocated around 89 billion Afghanis for the fight against the spread of coronavirus in Afghanistan. Though the health authorities claim that the country is prepared to meet medical challenges of Covid-19 outbreak, some people, who have experienced being infected by the virus, complain about negligence and poor health performance in the country’s only Covid-19 medical facility, the Afghan-Japan Hospital in Kabul.

“I took my father for test, there was no injection, canal, and cotton in the hospital, I swear to God. I had to buy them from outside,” says Hanif Majiddi son of Alefuddin Rostayi, who was infected by coronavirus, and passed away.

Hanif, who hold an MD degree, runs a pharmacy in Kabul. His father, Alefduddin, worked for Kabul Ambulance for 13 years. When Alefuddin realized he had Covid-19 symptoms he contacted his colleagues and went to Afghan-Japan hospital to make sure if he was infected by the pandemic Covid-19.

Alefuddin found the hospital in a very bad condition after he was hospitalized there for a brief time and subsequently preferred to be quarantined in his house but days later when his respiratory illnesses got worse he found himself compelled to be readmitted at the very same hospital, his relative says.

But his disease took a deadly turn and he died of respiratory illness and shortage of breath in the hospital.

“There are no health experts and qualified doctors at the Afghan-Japan [hospital]. Doctors are not qualified, they don’t have expertise about proper usage of medicine and health equipment including ventilators,” claims Hanif.

Hanif, who has studied medical science, says the doctors at the hospital are inexperienced and disqualified. “First of all, doctors would not visit patients, and in case when they visited a patient, four to five of them would come just to check respirator,” says Hanif.

Many people who have visited the hospital for test, say it often take days to get tested. Lack of medical infrastructure and the bulk of most often panic patients are said to be main reasons behind delay in results.

Mohammad Amir Tawakoli, a medical doctor, shared the same concerns about Afghan-Japan Hospital on his Facebook account. On May 02, he went to the hospital to make sure if he was not infected by the virus.

It took Amir a week to get his test result, a period of time which is very long for Covid-19 patients.

“My test came out positive but I was not allowed to be quarantined in the hospital,” he says.

Hanif and Amir’s accounts about the situation in Afghan-Japan Hospital depict a different picture from what the health authorities say. The Afghan government has said repeatedly that it has established temporary medical set-ups for Covid-19 patients in Kabul but Amir complained that doctors at Afghan-Japan Hospital told him to leave the hospital.

I asked them if there were any other isolation facilities, the doctors replied that the newly-founded set-ups were not operative, Amir says.

“We never hear back from health officials on result of samples we send from Jaghori and Malistan to Kabul,” says Ali Mohebi, in-charge of a Covid-9 help center in Jaghori. As many as 10 tests have been sent to Kabul but no result has come out yet, he said.

A medical doctor, who has worked at Afghan-Japan Hospital for weeks in April, on condition of anonymity, told Kabul Now that most trainers at the hospital were disqualified. He claims most medical staffs hired there have not completed their studies. The doctor says not every single patient tested positive for Covid-19 will be admitted by the hospital. He claims medical staffs do not obey health restrictions properly when they visit a patient, something, according to him, increases risk of a rapid outbreak in the capital.

At odds to Hanif and Amir’s accounts, Hakimullah Saleh, head of Afghan-Japan Hospital, is confident to claim this health facility is equipped and staffed enough to treat Covid-19 patients. With the arrival of PCR machine, it takes hours to examine a test.

The Afghan health care system is facing enormous challenges in the battle against outbreak of the pandemic coronavirus which continue to climb in the country. According to the Afghan ministry of public health, the total number of Covid-19 cases has reached 5,639 in the country. 136 patients who were infected by the virus have passed away and 691 others have recovered. However, the actual number of positive cases is far higher than official figures. The Afghan health minister has also tested positive for coronavirus. Initial report says that he is in good health condition.