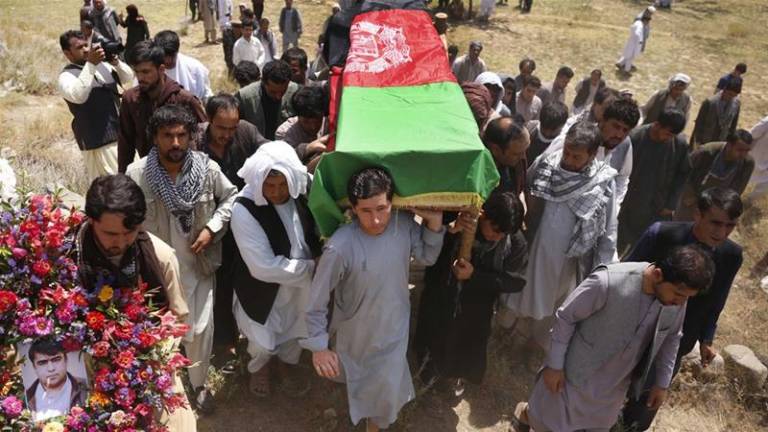 A report by the United Nations Assistance Mission in Afghanistan (UNAMA) shows that a total of 533 civilians have been killed and 760 others injured, including women and children, in Afghanistan during the first three months of 2020.

The UNAMA describes escalation of violence during March as “disturbing increase”, saying that the Afghan government and Taliban were expected to commence peace negotiations, seek ways to defuse the conflict, and prioritize efforts to protect the people from the impact of COVID-19.

New head of the UN mission and Secretary-General’s Special Representative for Afghanistan, Deborah Lyons, has called on all parties to accept Secretary-General’s call for a global ceasefire in order to focus collective efforts on fighting the COVID-19 pandemic. “To safeguard the lives of countless civilians in Afghanistan and to give the nation hope of a better future, it is imperative that violence is stopped with the establishment of a ceasefire and for peace negotiations to commence,” she reiterated.

According to the report published today, April 27, Anti-Government Elements (AGEs) are responsible for 55 percent of civilian casualties during the first quarter which counts for 710 casualties (282 killed and 428 wounded). “UNAMA attributed 39 per cent to the Taliban, 13 per cent to Islamic State of Iraq and the Levant–Khorasan Province (ISIL-KP) and the remainder to undetermined AGEs,” the report said, adding that the number of civilian casualties caused by the AGEs, particularly the Taliban, increased by 22 percent in the first quarter of 2020 comparing the same period in 2019.

Based on the UNAMA report, Pro-Government Forces (PGFs) have killed 198 civilians and wounded 214 others which count for 32 percent of civilian casualties during the first three months of 2020. “UNAMA attributed 21 per cent of overall civilian casualties to Afghan national security forces, eight per cent to international military forces and the remainder to pro-government armed groups and undetermined PGFs,” it stated, noting that PGFs were responsible for more child casualties than AGEs.

The UN report comes as the Taliban have significantly ramped up their offensive operations against Afghan security forces which often causes scores of civilian casualties.

According to Office of the National Security Council of Afghanistan, the Taliban have killed or wounded 789 civilians between February 29, when the US-Taliban peace deal was signed, and April 20.