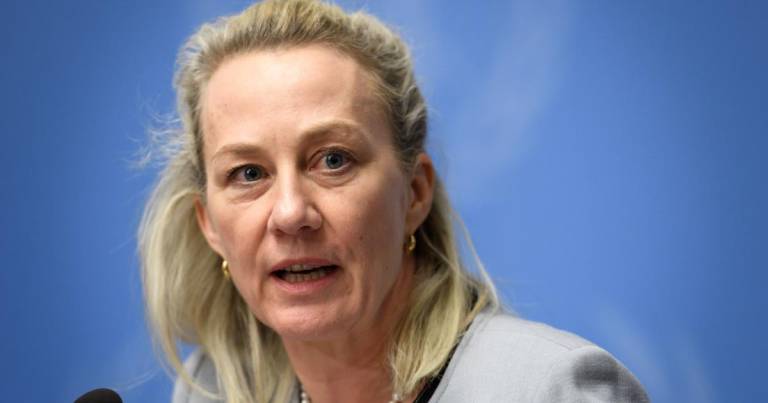 US State Department’s SAC says that business does not go as usual for international donors in Afghanistan and they are “frustrated” and “fed up” with personal agendas of the Afghan leaders. The statement comes while Afghan leaders Ashraf Ghani and Abdullah Abdullah have stuck in a squabbling political crisis over results of the 2019 disputed presidential elections.

“It can’t be business as usual for international donors in Afghanistan. International aid requires partnership with an inclusive government and we all must hold Afghan leaders accountable to agree on a governing arrangement,” reads a tweet posted by the Bureau of South and Central Asian Affairs (SAC), Alice G. Wells.

The Afghan election crisis continues to plunge the country into a political impasse at a time when Afghanistan is threatened by a fatal pandemic which has slow downed businesses worldwide. An official record by the country’s public health ministry shows that so far 367 people have tested positive for Covid-19, and 11 patients, infected by the virus, have died. But the actual number of people being infected by the pandemic is said to be far higher than figures announced by the health authorities.

“As the world gets slammed by COVID-19, with devastating economic consequences for all, donors are frustrated and fed up by personal agendas being advanced ahead of the welfare of the Afghan people,” reads another tweet posted by SAC on Monday, April 06.

The statement by the US State Department comes while two weeks ago Washington threatened to cut a billion USD aid for Afghanistan after efforts by US Secretary of State Mike Pompeo failed to bring the two leaders on a united stance to form an inclusive government.

In an unannounced urgent visit, on March 23, Secretary Pompeo arrived in Kabul to bring rival Afghan leaders to agree on formation of an inclusive government. He held separate meetings with Afghan President Ashraf Ghani and his main election rival Abdullah Abdullah, putting efforts to persuade them settle their differences but in vain.

Efforts by prominent Afghan politicians, including former President Hamid Karzai, are underway to bring the two rivals on terms to form an inclusive government. President Ashraf Ghani has proposed Abdullah Abdullah to take the lead of the High Council of Peace and Reconciliation, with the protocol of a vice president. Mr. Ghani has also postponed appointment of new cabinet ministers on calls by influential Afghan politicians.

So far, Mr. Abdullah has not made any public response on proposal made by Ghani.