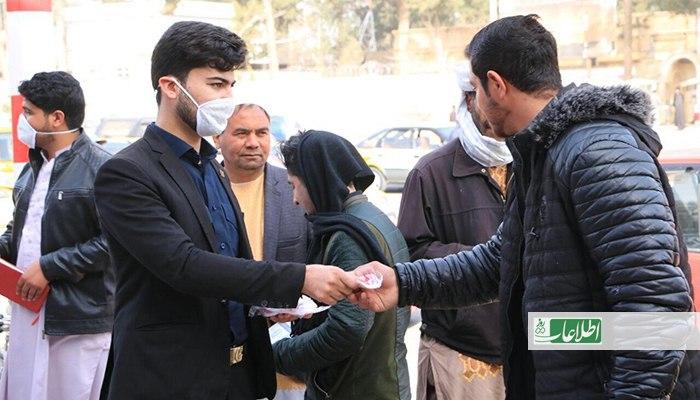 In an urgent meeting held last night, February 25, President Ghani has instructed the Ministry of Finance (MoF) to provide USD 15 million to the Ministry of Public Health to fight the outbreak of the epidemic virus, the presidential palace said in a statement. According to the statement, the president has also asked the MoF to allocate another USD 10 million as a contingency amount for the health ministry to take initiatives to prevent spread of coronavirus.

The move comes as the first corona case was confirmed in the western Herat province on Monday, February 24.

The patient who was diagnosed as infected by the virus is a 35-year old man who had returned from Qom city of Iran, where the official figure of deaths caused by corona reached 15, while a member of Iran’s parliament has said that 50 people, infected by coronavirus, have lost their lives.

Of 11 suspected cases of corona virus (nine cases in Herat, one in Ghor, and one in Helmand), six cases have been diagnosed as negative and the results for the five remaining cases have yet to come out.

An estimated three million Afghans are living in Iran. Most Afghans, who are labors, frequently cross the border between Afghanistan and Iran. Since the outbreak of the virus in Iran, Afghan health officials have built an exclusive camp in Herat for checking the health conditions of the returnees from Qom.

As of Tuesday, February 25, 13 returnees have been quarantined in the camp who complain about the facilities and lack of a required service delivery inside it.

“We have been quarantined in this Ansar camp for the last five days. There is neither a physician nor the required facilities. We will be all infected if one of us would have corona virus,” said Ali, an Afghan refugee who has recently returned from Qom city of Iran.

Talking to Kabul Now, Asif Kabir, deputy head of health department in Herat province, said that they have increased the number of medical staff in Islam Qala border to 10. He added that public awareness campaign has been launched across the province.

After confirmation of the first positive corona virus in Iran and then in Herat, the epidemic virus is described as very lethal disease among the public in Afghanistan. Terrified by the propagations, many people have resorted to the very traditional way and practices in different parts of Afghanistan.

Touching on the issue, Afghan deputy health minister, Feda Mohammad Paykan, expressed concern over increasing propagations and asked the people to remain strong against the virus. “The people should not believe in lethality of corona virus and should have confidence on the health staff. They should not make mistake between every sneeze, cough and corona [infection]. Those who have recently returned from Iran should stay at home for two weeks,” Mr. Paykan said in a joint press conference with Herat governor, Abdul Qayyum Rahimi.

In a bid to prevent spread of coronavirus, Herat local government has closed public facilities like, public baths, cafés, wedding halls, and other places of public gathering in the province. Talking to Kabul Now, the province governor, Mr. Rahimi, called on the people to cooperate in fighting the virus with the government.

But some public places have remained open and operating until Tuesday, despite calls made by the local government. The daily life, however, has changed significantly in the city as streets are now less crowded and the people are mostly getting and walking out while covering their faces with masks.

With the virus outbreak in Herat, prices for the very basic materials like, foods, liquid gas, and more importantly face masks have started to raise dramatically. As of Tuesday, February 25, price of masks raised by twofold while liquid gas price has increased ten afghani per kg.

Herat residents are calling on the government to keep the market in check.

On the other hand, a group of young people have voluntarily launched a campaign against the outbreak of the virus. They have started distributing masks for free and distribute informative brochures about symptoms of the disease in different parts of Herat city.

Masoud Muslim, a member of the campaign team, said that they will continue and expand their campaign to districts of Herat as well. “We have to mobilize to fight against coronavirus. Some people cannot afford to buy masks. I call on those [who can afford] to provide the people with masks and brochures for free,” he said.

Wajid Rohanni has contributed to this story from Herat.