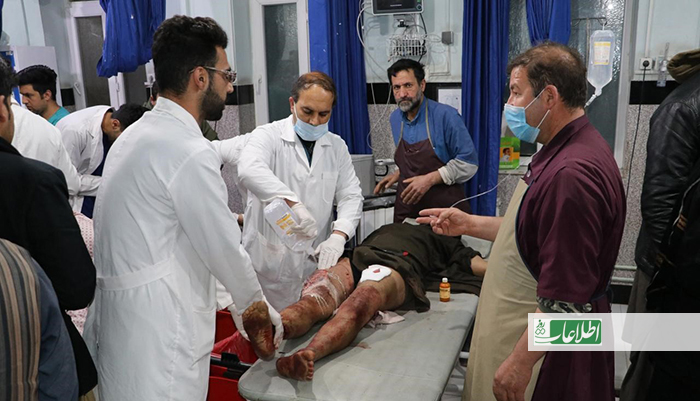 As many as seven people including four children and three women have been killedin airstrikes that targeted a commander of the Taliban breakaway faction, Mullah Nangyalai, in Shindand district of the western Herat province. This incident took palace on Wednesday, January 08.

The airstrikes have provoked wide public criticism. Locals claim that causality rate is far more than the number reported by the local Afghan security source. They say that more than a dozen residential houses have completely been destroyed as result of drone strike.

“37 – 40 men commanded by Nangyalai, have been killed in the Wednesday’s attack,” said Saleh Mohammad, an eyewitness who claims has seen the airstrike. He claimed nearly 60 people including women and children have been killed by the strikes.

Tribal elders are lambasting at foreign forces for collateral damages caused by drone strikes conducted by foreign forces.  Tur Mohammad Zarifi, a tribal elder, told Kabul Now that over 40 civilians have been killed and 10 others wounded in Payee Kushk area. “35 [militia] men of Mullah Nangyalai have also been killed. The attacks have been carried out by US warplanes,” he claimed.

Wakil Ahmad Korkhi, a member of Herat Provincial Council, however, said around 40 civilians were killed in the airstrike.

“This is actually so pity for Americans, they are killing us. The government must take the issue of civilians casualties serious,” said Masooda Korkhi, a female MP who represents Herat in the Afghan parliament.

Herat governor, Abdul Qayyum Rahimi told Kabul Now that no civilian was harmed in the airstrikes. He promised that the government will launch a probe on the incident.

So far, the US-led NATO mission in Afghanistan, Resolute Support, have not commented about civilians casualties.

The airstrikes come months after top US General, Scott Miller, who is leading the Resolute Support mission in Afghanistan, assured that the NATO mission would take proper actions to avoid civilian casualties.

In a US airstrike in the same district, which was carried out in August, 2008, 90 civilians – among them 60 children – were killed and 15 others wounded, according to the United Nations mission in Kabul.

Mullah Nangyalai was a key commander of the Taliban splinter group led by Mullah Mohammad Rasul, who led more than 300 fighters, according to sources close to the militant group in Shindand. Though not confirmed independently, but many claims have been made that Nangyalai was supported by the Afghan government to fight against mainstream Taliban faction, currently led by Mullah Haibatullah.