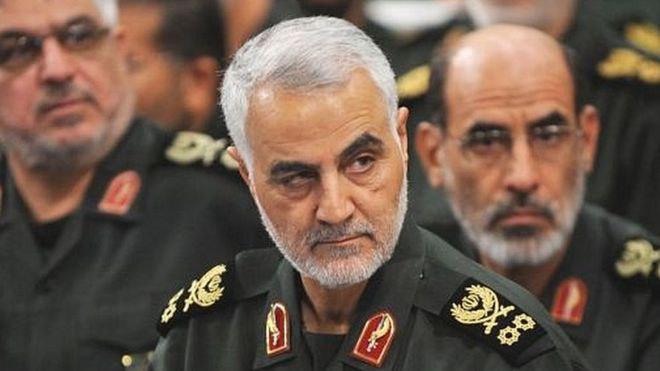 The most powerful Iranian Gen. Qassem Soleimani, 62, was killed in a US airstrike, directed by President Donald Trump earlier on Friday, January 03, at Baghdad’s International Airport, in the capital of Iraq. He was seen as the second most powerful figure in Iran who commanded the Quds Force, an elite unite and foreign wing of the Iranian Revolutionary Guards Corps (IRGC). Abu Mahdi al-Muhandis, leader of an Iranian-backed militia in Iraq, was also among those killed in the airstrike, the IRGC confirmed.

According to a report by Afghanistan Analyst Network, published in July 2019, an estimated 50,000 Afghan citizens had joined the group and there were an estimated 10,000 – 20,000 active fighters within the group, at its peak.

“Recruits are mostly in their twenties and thirties who are motivated mainly by economic deprivation and vulnerabilities due to their migrant status and, to a lesser degree, by religious sentiments and a sense of youthful military adventurism,” the United States Institute of Peace said in a special report released in March 2019.

Killing of the Iranian major general sparked worldwide reactions, mostly with serious concerns over escalation of tensions between the US and Iran, and an increase of violence in the region. Given the indispensable impact of US-Iran tensions on Afghanistan, Afghans – from social media users to key political figures – also reacted, mostly against killing of Soleimani.

An initial close ally and currently a vocal critic of US military presence in Afghanistan, former President Hamid Karzai, was the first Afghan politician who reacted against Soleimani’s killing. He “strongly” condemned America’s move. “This action will further increase tensions and hostilities in our region which harms the peace and stability more than before,” part of his statement reads. Mr. Karzai described Soleimani as a “dignified and pro-peace figure in Afghanistan.”

Chief Executive of the Afghan government, Abdullah Abdullah, described Iran as an ally of Afghanistan which firmly stood by the Afghan nation during Jihad era and supported construction and stability in Afghanistan in recent years. “The United States is also a strategic ally of Afghanistan which has helped us in the fight against terrorism, ensuring stability, reconstruction, and governance during past two decades,” he noted.

President Ghani also reacted to the incident after US Secretary of State Mike Pompeo said on his official twitter account that he had talked to Ghani on Trump’s decision to kill Qassem Soleimani. In his statement, Ghani urged Iran and the US to avoid tensions and resolve their differences through negotiations. “The Islamic Republic of Afghanistan assure the Afghan people and all its neighboring countries that, based on the Bilateral Security Agreement with the USA, Afghanistan land shall not be used against any country at any situation,” part of Ghani’s statement read. Talking to US Secretary of State, the president stressed on “not using Afghanistan land against a third country or in other regional disputes,” it further noted.

Praising assistance Soleimani provided during the Jihad era for the factions led by former President Burhanuddin Rabbani and Ahmad Shah Masood, Ata Mohammad Noor, a key figure of Jamiat-e-Islami party of Afghanistan also reacted against killing of the Iranian Quds commander. “The recent incident (attack) against Mr. Qassem Soleimani in Baghdad has become a matter of concern for all nations in the region,” he added. Pronouncing the US as a strategic partner of Afghanistan, he said that maintaining friendly relations with both countries is important.

Killing of Soleimani, however, have triggered mixed reactions among ordinary Afghans who widely used social media platforms to express comments, concerns, and even happiness on the US airstrike that killed a top Iranian commander.