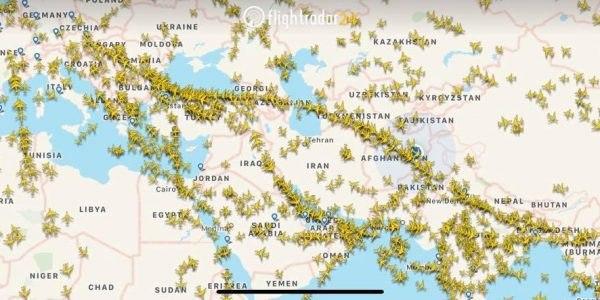 Afghanistan overflights have increased by 25 percent as a result of rerouted airline flights caused by heightened tensions in the Middle East region, particularly between Iran and US, Afghanistan Civil Aviation Authority (ACAA) said in a statement issued today, January 11.

According to the statement, the International Civil Aviation Organization and International Air Transport Association have urged Afghanistan and some regional countries to accept more overflights through their airspaces. “Afghanistan civil aviation authority has practically facilitated overflights of international airlines which have been rerouted from Iran airspace and Persian Gulf due to security problems,” the statement continued.

The ACAA said that it could play an effective role in managing air traffic and air navigation system in the region.

The tensions between US and Iran raised after Iran’s most powerful General Qassem Soleimani was killed in US airstrike, directed by President Donald Trump, at Baghdad International Airport, in Iraq’s capital.

On Wednesday, January 08, in a retaliatory response, Iran fired around 22 missiles at two Iraq military bases that are housing US troops.

Few hours after the missile attacks, the jetliner, a Boeing 737, was reported crashed on the outskirts of Tehran after takeoff from Tehran Imam Khomeini International airport.

Immediately after the plane crash which killed all 176 passengers on board, including 13 Afghan citizens, Qassem Biniaz, spokesman for Iran’s Road and Transportation Ministry, said it was apparently caused by a fire erupted in one of the plane’s engines.

Iran’s military announced today, January 11, that it has shot down the passenger jet, that according to Iranians, was on a sharp and unexpected turn toward a sensitive military base.