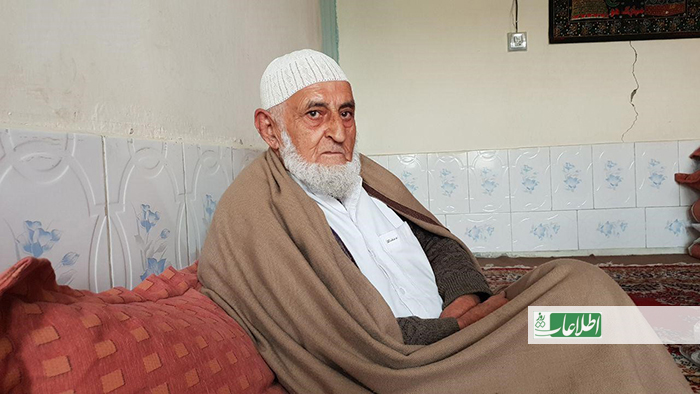 “I’m quite old and may not remain alive more than a few days. I wish I could see end of war and start of peace before my death,” says Sadiq Khan, 86, who lost his son, the only breadwinner of family, Nasser Sadiqi, earlier in 2007. Contrary to the dominant sense of revenge in the Afghan society, Sadiq Khan, with a deep sense of compassion, expresses forgiveness for murderers of his son.

According to the Costs of War project of the Watson Institute based in the US, 147, 124 people have been died in the war in Afghanistan between October 2001 and October 2018. The report further reveals that more than 38,000 of them are civilians.

Sadiq Khan, who is father of one of those thousands dead in the war, has come to a conclusion that forgiveness and avoiding revenge are key factors that make reconciliation possible and bring about the peace. “There will be no peace until the warring parties do not forgive each other and enter to a reconciliation phase,” he added.

In a sunny spring day in 2007, Khan’s close relatives got together inside a mosque in Zahir Shahi neighborhood of Kandahar province, birthplace of the Taliban, to inform Mr. Khan of his son’s death. A day before that announcement, when a suicide bomber targeted convoy of the former Afghan information and culture minister on May 17, 2007, Sadiq Khan felt a deep fear of impending doom.

He was told that his son Nasser was on a vacation in Arghandab district of the same province with his friends, but, he found Nasser’s dead body ready in the morgue of the mosque, prepared to be buried.

Against the common practice of bursting into tears, Sadiq Khan just offered a blessing for his son and wished him to rest in peace. Nasser’s death forced his younger brother, Ahmad, who then was 25, to work and win bread for the family.

Born in 1982, then his father was a military officer of Babrak Karmal’s government, Ahmad has been displaced to many places inside Afghanistan and once to Pakistan. In 2001 when the Taliban regime was toppled by the US army, a new horizon of hope glimpsed and Ahmad returned to Kandahar. He enrolled in a school in Kandahar city.

But he never give up pursuing his dream of getting education. Years later after the death of his brother, Ahmad, restarted getting education and registered for taking university entrance exam at age 36, and enrolled in a private university, studying political science. He is currently passing the final exam of his third semester at the university.

Khadim Hussain Karimi, Etilaat-e-Roz senior reporter, met Mr. Ahmad at the People’s Dialogue for Peace Prospect, an event organized by the United States Institute of Peace, in Kandahar city. As Ahamd states, he has attended the dialogue to play his part in bringing about peace and end the war in Afghanistan.

Sadiq Khan was watching a mid-day news bulletin in his home when Etilaat-e-Roz’ reporter, met him. The news was about a Taliban car bomb attack targeted a medical facility near Bagram Air Base, the main American base north of Kabul that had killed two civilians and wounded 80 others.

Sadiq Khan drew a meaningful relationship between the airbase attack and the suicide bombing which took the life of his son 12 years ago. “I lose my tranquility and think about sufferings of victim’s families whenever hear a news about any attack through televisions,” he said, adding that he could not sleep the whole night when the broadcasters aired news of the attack in Bagram.

Having entered into a direct talks, the United States and the Taliban are seemingly close to striking a peace deal and the process would apparently enter into a new phase, more importantly to intra-Afghan talks, after a ceasefire that would likely be announced by the Taliban. This development in the US-Taliban talks would create an aspiration which is mixed of hope and concern—hope for ending the war and concerns about Taliban’s return to power.

The same concerns and hopes can be seen in this war weary family as well. Only peace is not a matter of concern for Ahmad. “Only striking the peace deal and bringing about peace is no important. An enduring peace and end of war for ever is more important. The Afghans need to ask themselves how they can guarantee the end of the war and repair destructions left from 40 years of war and violence,” he asserted.

It took me ten years to recover harms war left on my soul and on my family, Ahmad stated. Afghanistan was at war for decades. Repairing destruction of this war needs many resources and take a long time, he added.