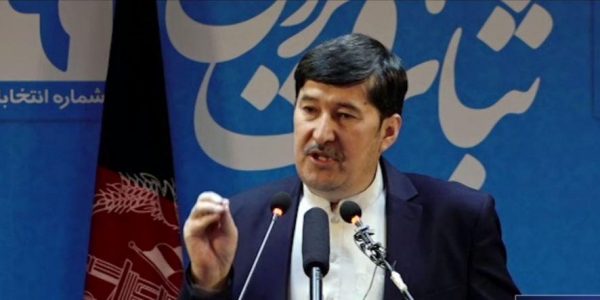 Speaking in a press conference in Kabul held today, October 12, Assadullah Saadati, a running mate of Abdullah Abdullah in the 2019 presidential election, said a circle inside the Independent Election Commission (IEC) are trying to manipulate the election result in a systemic way. Though Mr. Saadati did not mention names, he said the circle is being backed by the Afghan presidential palace.

He warned that the IEC is moving in the wrong direction but made it clear that his team will not allow anyone to manipulate the election result. Saadati reiterated that only those votes that are registered in biometric records are valid. He said since last two days, the IEC is ‘entering non-biometric votes to IEC’s data center. He described the move as violation of electoral law and code of conduct of election.

He called on the IEC to immediately curb data entry process.

IEC authorities have repeatedly announced that they would only count biometric votes as valid.