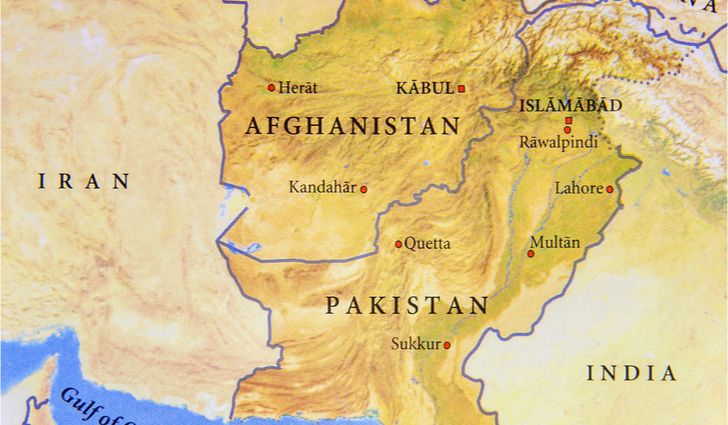 On November 12, 1893, Abdul Rahman Khan, the emir of Afghanistan, in return for cash and military subsidies, signed an agreement with British India that sowed the seed of controversy and unrest in geopolitics of the region. Signed by Sir Mortimer Durand and emir of Kabul, The Duran Line is a 2,640 kilometers border that officially separates the two states of Pakistan and Afghanistan. Pakistan was still part of India when this agreement was inked but after creation of a nation coined as Islamic Republic of Pakistan on August 14, 1947, Kabul government under the reign of King Zahir Shah voted against the membership of Pakistan into United Nations.

Immediately after creation of Pakistan, King Zahir Shah’s government began to arm separatist groups in Pakistan, received a number of fugitive Baloch and Pashtun nationalist leaders in Kabul and made claims over a large areas of Pakistani territory. But successive efforts by the Afghan governments failed to raise further anti-Pakistan movements and diplomatic ties between the two countries remained tense. In 1973, President Sardar Daud Khan took the rein of the government in Afghanistan, and he openly initiated the idea of great Pashtunistan. Relations between Islamabad and Kabul went further downhill and Sardar deployed Afghan armed forces to the demarcation point, maneuvering over Pakistan. He continued policy of arming separatist Baloch and Pashtun outfits in Pakistan.

Reacting to Sardar Daud’s strategy, Pakistan’s socialist-minded Prime Minister Zulfiqar Ali Bhutto hugged those radical anti-Daud activists, who were inspired by panislamisme ideology, and had fled Afghanistan in search of a sanctuary. Putting Sardar Daud under pressure, Bhutto facilitated the Afghan fugitives with logistics, accommodation and warfare. He also mobilized a small group of Hazaras in Quetta, and facilitated them with a radio station to lambast Kabul government for its biased and prejudiced national policies.

With the cold war ignited, Pakistan became a natural alliance of the US and western block and Pakistani statesmen set the issue of Durand Line aside but Pakistan’s Inter-Service Intelligence (ISI), funded by dollar cashes funneled from the western block, the Gulf States and Saudi Arabia, kept harboring, financing, training and equipping the Afghan Mujahedeen.

After the collapse of the Soviet Union and with the complete pull out of the Soviet army from Afghanistan in February 1989, Pakistan’s ISI gained an upper hand over domestic issues in Afghanistan. With almost majority of the insurgent groups in their control, the Pakistani statesmen and military generals began to believe that the tribally-divided Afghanistan must sever as “strategic depth” or backyard for Pakistan.

In retrospect, ever since King Zahir Shah, successive Afghan governments have either kept silent over the issue of Durand Line or have pursued “no deal policy” over it. In early 1992, while speaking in a public speech, Najibullah Ahmadzai, the last Moscow-backed Afghan president who was hanged by the Taliban, said: “We, the brave nation of Afghanistan will never let the foreigners, and the Pakistanis conquer our fatherland, control our country.” When former Afghan president, Hamid Karzai was asked about how to end border conflict between Kabul and Islamabad, he replied: “it is up to the people of Afghanistan, they know how to resolve it.”

The Durand Line has served as an official demarcation between the nuclear-armed Pakistan and the war-torn Afghanistan, no matter how or in what way Pashtun nationalist movements and leaders have been thinking about it. Although nationalist Pashtuns have strongly adhered to the notion of lar awo bar policy_ meaning that the Pashtuns on the two sides of line are a united and an inseparable homogeny_ the nuclear-armed Pakistan continued to see Afghanistan as its backyard or “strategic depth.”

Most notable, not all population living in Afghanistan, agree with nationalist Pashtuns. Almost all non-Pashtun ethnic groups strongly reject the lar awo bar policy, despite constant efforts taken by the Afghan government to homogenize the ethnically diversified country. Even a small number of urbanized Pashtun, dwelling in Peshawar city, prefer to be part of a developing Pakistan rather than to be the part of a war-torn and divided Afghanistan.

Unquestionably, the current demarcation between Afghanistan and Pakistan is a direct legacy of colonialism. Like the Red Cliff Line that divides the culturally homogenized India and Pakistan, the Durand Line divides the Pashtuns in south Asian. Similarly, the northern border of Afghanistan, drawn by the Russian empire, divides the Uzbeks and the Tajiks of Afghanistan from their cousins in central Asian states of Tajikistan and Uzbekistan.

The lar awo bar policy, coined and inflamed by Pashtun nationalist parties in the two countries, is more or less pursued by Afghan statesmen in Kabul. Bien au contraire the Pakistani generals who invisibly draw redlines in Pakistan’s foreign policy are committed and dedicated to protect Pakistan’s border and national sovereignty by hook or by crock. They do what they think is necessary, whether it be harboring the Taliban insurgents or sending suicide bombers to target people and facilities in Afghanistan.

Though the nature of ongoing conflict in Afghanistan is multifarious, a balanced policy on border issue by Kabul can reduce tension between the two states. The two countries can benefit a lot in peaceful coexistence. They can boost up trade relations, tighten up cultural ties, and most importantly, the two nations can partner in a multi-billion project such as Silk Road only when Kabul and Islamabad resolve border conflict.

In a more genuine approach, it however looks a pure madness to tease a fighting bull with a pair of horn, one filled by Islamic extremism and the next with nuclear bomb. Pashtun nationalist leaders in the two countries had better give up lar awo bar policy and seek a more realist policy to end this longstanding conflict that has added a deep bleeding wound to the plight of Pashtuns. When it comes to Pakistan’s relationship with Afghanistan, the Pakistani generals need to change their approach. They need to prefer prosperity of millions of Pakistanis who deserve to live a prosperous life, and it is obtainable only when the two nations live in peaceful coexistence, end border conflict and respect each other’s national sovereignty.