Opinion: We have forgotten the promises we made to our friends and allies in Afghanistan 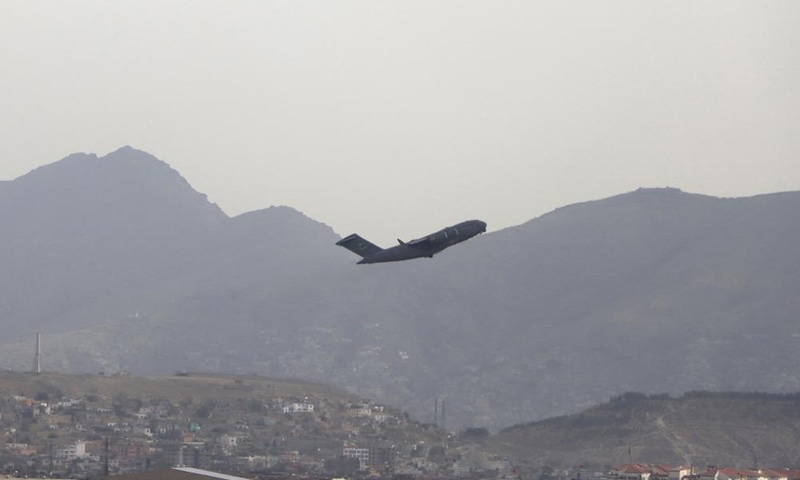 The defeated allies who fought in and abandoned Afghanistan made a lot of promises to Afghans which they did not keep. Over twenty years many of them related to the shape of Afghan society.

That Afghanistan would continue to be free from Taliban rule and an entrenched ISKP insurgency so long as the United States and others supported the Kabul government. That the country would be a small but growing part of the world economy. That the improvements in minority and women’s rights would last.

Naturally, this did not work out when that support was withdrawn.

But now the internationally-recognised government has fallen – and the cruelties of Taliban rule, and famine and poverty, have come to Afghanistan – another promise was first made and then not kept. When the allied countries left, they glibly said that those who had worked closely with them or were especially vulnerable would be able to leave.

Britain launched its Afghan resettlement scheme (ACRS) in January 2022, which was claimed would relocate 20,000 Afghans to Britain over the coming years, with 5,000 in the first year. In the year since, not a single person has been relocated.

The international airlift mainly took foreign nationals out of Kabul to Ramstein air base. It took a few Afghans, too.

Those early days where chaotic and there was much shame to go around.

Germany airlifted out crates of beer on flights empty of people. Britain’s prime minister intervened to allow a plane load of animals from a quixotic charity (and their Western handlers) to be evacuated, while the charity’s Afghan staff were left behind. Britain also forgot to evacuate its embassy staff and security who had Afghan passports.

The United States left behind interpreters and Afghan soldiers who were extensively trained by Americans. Many of these people were told that a resettlement programme would be created to relocate them – but it is yet to be passed by the US Congress.

Many of these people have gone into hiding, have been captured and tortured and killed, while they wait for official approval to leave the country.

The bureaucratic deceit does not stop there. Reporting from May Bulman lays bare the failures of the British scheme.

Britain has subsequently said that, because it evacuated roughly 6-7,000 Afghans in August and September 2021 as part of the airlift, those people would be retrospectively considered part of this scheme – so that targets could be met while taking no one new.

Another route – pathway 2 — has seen a total of four families referred to the UK Home Office by the United Nations human rights office. None of whom, I need hardly say, have been permanently resettled.

Britain also made specific promises to relatively small and discrete groups. It promised to resettle under ‘pathway 3’ Afghans who had worked with UK infrastructure or who had been associated with its cultural and educational programmes.

This included those who had received grants, positions or support from the British Council; contractors who worked with GardaWorld – a security firm employed by Britain; and those in receipt of Chevening scholarships, a four-decade old policy which has brought tens of thousands from developing countries to study in Britain.

In the year since, none of those people have been helped – none have been resettled.

Over the past few days since Bulman’s reporting first came out, I have looked into it with some energy. I looked quite far to find that impossible thing in British policy, a good reason why this was the case. I failed to find one – because one does not, and cannot, exist.

This is all shameful. There is much blame and ignominy to go around. But specific promises were made to specific friends and allies. We will not let your country collapse; we will not permit it to leave the community of nations entirely.  And if the worst comes to the worst, you will be able to leave.

As we know, none of this has happened.

Afghanistan has been overrun. Western nations still labour under the delusions that by ‘engaging’ with the Taliban they can resurrect a kind of Afghan nationhood with some legitimacy. Its economy might reopen by magic. Its politics might permit dissent. The ISIS insurgency might tamp itself down. They meet with Taliban leaders and spokesmen both behind closed doors and publicly.

The Taliban tells them that it is stronger than it appears internally. That there are no cracks in society. And that it wants to moderate its rule to meet international expectations.

It persists in doing things which can only bring misery to Afghans and international isolation and condemnation.

And meanwhile, Afghans are not resettled – they are not given the lives in America and Britain and elsewhere.

The United States Congress is yet to pass the Afghan Adjustment Act. It has had numerous opportunities to do it since the fall of Kabul.

Some countries have done better. According to Canadian authorities, they have resettled over 20,000 Afghans in one-and-a-half years – more than the entire UK target for Afghan resettlement – and are now considering the doubling of that target.

But for so many others, this is a story of promises made, promises forgotten. A year and a half of slaps in the face. Something not exactly unexpected by many Afghans.