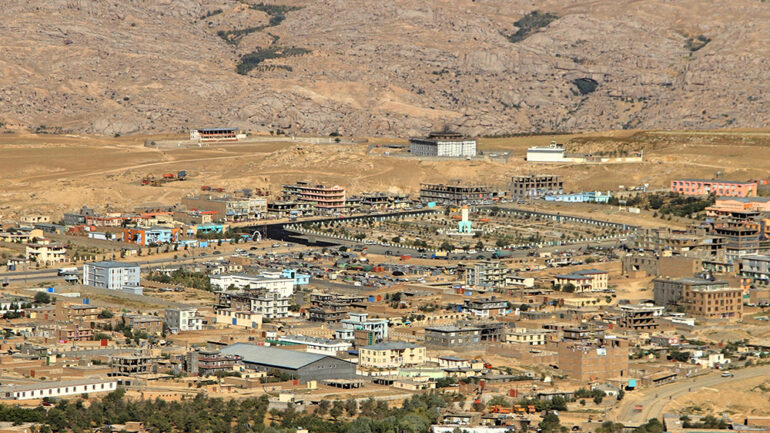 Nine Arrested in Daykundi over Land Dispute with Taliban Ally

Local sources confirmed to Kabul Now that nine residents of Patoo district have been arrested over a land dispute with a Taliban close ally in the central Daykundi province. The Taliban have arrested them in cooperation with the group’s ally Zahir Khan Temori in the past two weeks.

The arrested people are locals of Warag village who were forced to flee their homes last year after the Taliban returned to power, according to these sources.

Seven months later, the displaced locals, however, returned to their homes in line with a decree issued by the Taliban’s leader, Mullah Haibatullah Akhundzadah.

A source told Kabul Now that the Taliban in cooperation with Temori have arrested more than nine locals and taken them to Gizab district of the neighboring Urozgan province over the past two weeks.

Using his close relationship with the Taliban, Temori often humiliates and insults residents of Warag, Nawabad, and Tagabdar villages for his land dispute with the locals, a local resident said on condition of anonymity.

According to the local resident, a legal dispute is underway between the locals of the three villages and Temori in the Taliban’s primary court in Gizab district of Urozgan for one year now.

The dispute is still unresolved, the local added.

A local elder said that the Taliban arrested Sayed Mubarak, Sayed Mahdi, and Nabi in night raids on their houses and took them to Gizab district.

Among those arrested two days earlier are Sayed Ibrahim, Mubin, Sayed Nabi son of Sayed Akbar, Sayed Zahir, Sayed Dawood, and Sayed Amir, the local elder detailed. He added that Temori wants to force the locals from their homes and lands using his leverage within the Taliban.