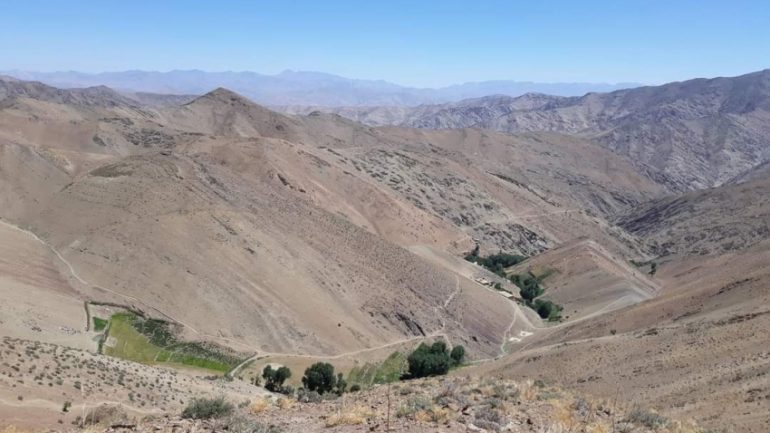 Armed Kochis, the nomad Pashtuns, have threatened around 200 households in Ghamqool village of Khedir district in the central Daikundi province, asking the villages to leave their houses and lands, the villagers confirmed to Kabul Now.

The Kochis are all equipped with light and heavy weaponry and claim ownership of the village, a resident of Ghamqool, speaking on condition of anonymity, said. He added that armed groups of Kochis have entered into different neighborhoods of the village and ordered the locals to “immediately” leave Ghamqool.

In addition to that, another villager said, the Kochis have asked the locals to pay for the agricultural products they made on the lands over the past years. “The Kochis have asked for 50,000 to 200,000 afghanis from each household. They want these amounts in cash,” he detailed.

The villager added that the locals have already put their livestock and agriculture products for sell in order to pay it for the Kochis.

If the villagers do not pay the requested amounts and do not leave the village, as per account of the villagers, the Kochis have said they will bring in the Taliban red unit fighters and expel them by force.

The locals have filed their complaints with the district chief of Khedir and presented their tax and ownership documents but the Kochis have not accepted to settle their claim at the district’s center.

The Taliban authorities in Nili, capital city of Daikundi province, however, have imprisoned three representative of the villagers who had referred to the provincial authorities for following up the issue.

The Taliban police chief in Daikundi, Sediqullah Abedi, has told that the issue is a legal dispute between the locals – who are all Hazaras – and Kochs. He added that elders of the two sides are working to resolve the dispute.

He, however, assured that now will be allowed to force the locals out of their house. But the Taliban official did not comment regarding the three representatives of the villagers under their custody in the provincial center.

This comes two days after residents of several villages were forced to leave their houses as a result of the Taliban decision in Gezaab district of Daikundi.

According to local sources, at least 700 families from Kendir and Tagabdar villages have been forced to leave their homes.