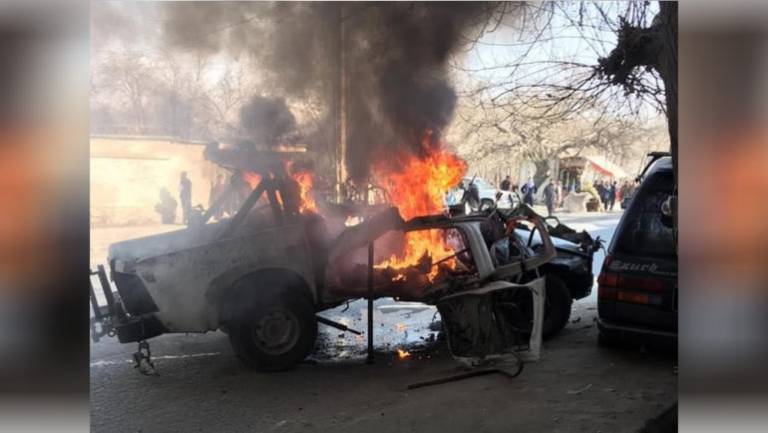 Blasts kill one policeman and wound six civilians in Kabul

One policeman was killed and six civilians were wounded in two separate blasts in the capital Kabul on Saturday, February 06, a security official said.

The first explosion went off in Qala-e-Qazi, PD1 in Kabul at around 9:14 AM on Saturday, said Ferdaws Faramarz, spokesperson for Kabul police. Mr. Faramarz underlined as many as six civilians, including three members of Afghan Sikh community, were wounded in the incident.

In separate incident, another explosion went off at around 10:41 AM today in Khairkhana neighborhood of PD11 Kabul, according to Kabul police. Faramarz said a magnetic bomb which hit a police vehicle in Khairkhana area of Kabul killed a policeman.

No group has claimed immediate responsibility for the attacks.

A surge in urban violence has intensified ever since the peace pact was signed between the US and the Taliban on February 29, 2020.

Last week, two people, including a security personnel, were killed and five civilians were wounded in multiple explosions in the Kabul.

The Afghan security agencies blame the Taliban for recent wave of violence and blasts which remain unclaimed.

A joint statement issued by western diplomatic missions in Kabul, on January 31, said that the Taliban bears responsibility for the majority of targeted violence.