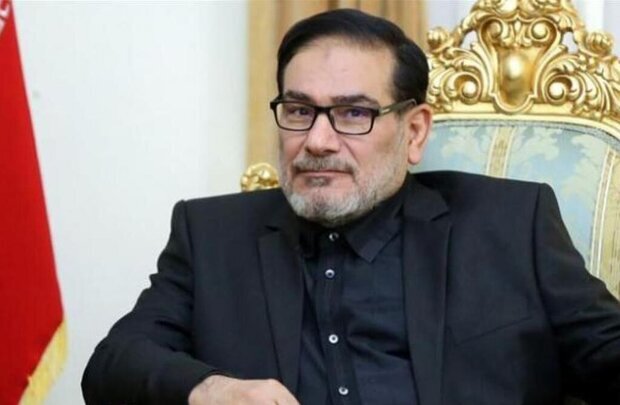 Tehran accuses US of prolonging war in Afghanistan

On Wednesday morning, January 27, Abdul Ghani Baradar, accompanying a Taliban delegation, visited Tehran on an official invitation by the government of Iran. He was scheduled to meet Iran’s foreign minister and other diplomats, according to Iran’s press.

Ali Shamkhani said in a tweet that in his meeting with Taliban delegation he found the group “determined” to fight against the United States.

In today's meeting with the #Taliban political delegation:
I found the leaders of this group determined to fight the United States. Someone who has been under US torture at #Guantanamo for 13 years, has not given up fighting the #UnitedStates in the region.

Mr. Shamkhani made the remarks after meeting Abdul Ghani Baradar, the Taliban deputy leader, in Tehran.

The US supports the continuation of war and bloodshed among different Afghan factions, Shamkhani said as quoted. He said the US blames individual Afghan group for insecurity and instability in the country.

Baradar, as reported by Iranian media, has also expressed criticism, accusing the US of breaching the February deal.

In September last year, Iran did not participate in virtual opening ceremony of the intra-Afghan talks, which was initiated by the US and facilitated by the gulf state of Qatar, even with Iran diplomats saying that Tehran would support the Afghan peace process.

Earlier this month the Afghan government and the Taliban resumed talks in Doha, Qatar. But progress is slow as the Taliban appear reluctant to negotiate a power sharing deal with the government. Amin Ahmadi, a member of Afghan negotiations team, said in a Facebook post that the Taliban are not ready to negotiate a peace settlement on basis of standards like justice and equality.

The latest cycle of violence raises many questions about prospect of a real peace settlement in Afghanistan. Under the February peace agreement the US have to pull out all American and NATO forces from the country by the end of May 2020. In return, the Taliban have agreed to engage in meaningful peace negotiation with the Afghan government and agree to a truce.

But progress in talks is slow and frustration and fear have grown as the violence continue to claim lives and shed blood in the country.

The Tehran visit of a Taliban delegation comes while last week the White House announced the new US administration will review US-Taliban agreement. A statement issued by the White House on January 22, said the US will support the Afghan peace process with a regional diplomatic effort which aims to help the two sides to achieve a sustainable peace and “just political settlement.”

The Islamic Republic of Iran has a long history of hostility against the United States. Under the Trump administration, relationships between the two countries got bitterly cold as the US pulled out of Iran’s nuclear deal, known as Joint Comprehensive Plan of Action (JCPOA).

Tehran sees US military presence in the neighboring Afghanistan and Iraq as a threat and it has repeatedly called for their departure.

The US diplomats made no immediate comments in response to remarks made by Iranian authorities and Taliban deputy leader.