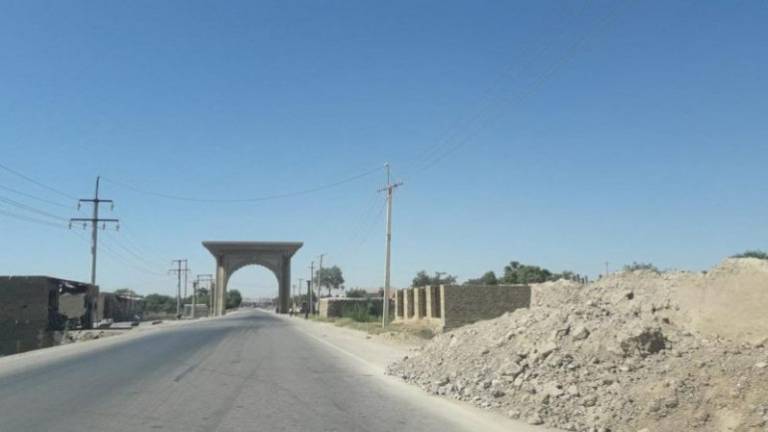 The Taliban militants have launched attacks against Shirin Tagab district of the northern Faryab province from several directions, according to a local official.

Talking to Kabul Now, Abdul Karim Yourish, spokesperson for Faryab police chief, said that the militants launched attacks against the district center around 01:40 AM, today, January 06. Fighting is underway as Afghan forces are defending the district with its full capacity, according to Mr. Yourish.

He confirmed that the two sides have suffered casualties, but did not provide any specific figure about casualties of Afghan forces and the Taliban militants.

On the other hand, six Afghan army forces were confirmed dead and another one wounded in a Taliban infiltrator attack in capital city of the southern Ghazni province late Monday’s night, January 04. Confirming the death toll, Esmatullah Jamuradwal, a member of Ghazni provincial council, told Kabul Now that the infiltrator managed to escape the area.

The third brigade of the Afghan 203 Military Corps, which is headquartered in Ghazni, however, has confirmed in a statement that two Afghan army forces were killed and five others were wounded in the Taliban attack. It further said in a statement that the infiltrator managed to escape the area while being backed and covered by several other militants in the area.

Meanwhile, the Taliban have claimed that seven army soldiers were killed and one other was wounded in the attack of their infiltrator in Ghazni province.

Afghanistan, even its capital Kabul, has seen a dramatic increase in violence since the US-Taliban peace deal signed on February 29, 2020, in Doha.

In reaction to growing insecurity, the Second Vice President, Amrullah Saleh, has said that the Afghan government will install security cameras across Kabul city with the support of its international donors at the Resolute Support mission – the US-led NATO mission in Afghanistan.

An estimated 100 USD is needed to buy security cameras for Kabul city.

A surge in violence comes as the Afghan government and the Taliban are engaged in peace talks which is underway in Doha, capital of Qatar.