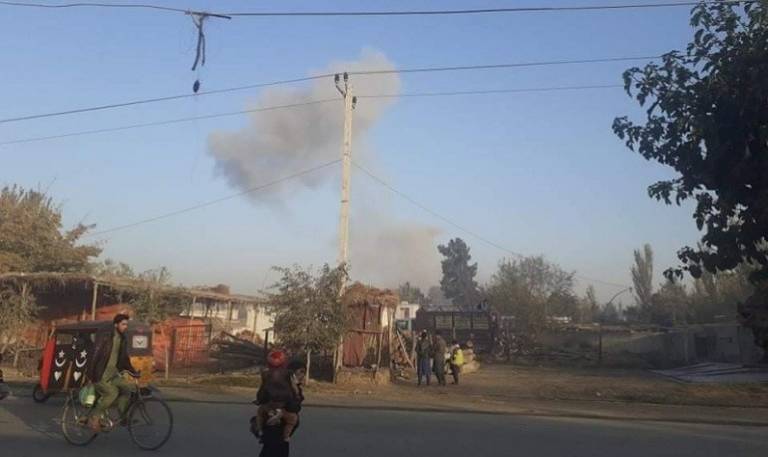 Two border forces were killed and three others wounded after their battalion came under attack by a car bomb in Imam Saheb district of Kunduz province, a member of Kunduz Provincial Council told Kabul Now.

Esmatullah Muradi, spokesman for Kunduz governor, confirmed that the attack took place, at around 7:30 AM, on Tuesday, November 03. A car packed with explosives detonated in front of a battalion of Afghan border forces, he said, but gave no detail on causality. Security security forces have reached the area and clashes are underway between the armed men and security forces, according to Mr. Muradi.

Meanwhile, Mahbobullah Saedi, district governor for Imam Sahib, told Kabul Now that security situation was under control in the area.

Sediq Sediqqi, spokesperson for the President, has condemned Kunduz attack, which he claims, has been carried out by the Taliban.

The government of the Islamic Republic of Afghanistan vehemently condemns the Taliban’s terrorist attack that detonated an explosive-laden vehicle in Kunduz. After their humiliating defeats in Helmand&Kandahar, the Taliban are launching suicide attacks to harm ANDSF&our people.

A surge in violence intensifies despite the Afghan government and the Taliban are engaged in a direct peace talks.

On Monday, November 02, gunmen broke into campus of Kabul University and opened fires at different directions. 19 people, including students and a professor, were killed and 22 others were wounded during six hours of battle between the Afghan forces and the armed attackers.

A press statement, issued by Kunduz governor office, said that two security forces lost their lives and eight others were wounded in a Taliban car bomb attack in Imam Saheb district, on Tuesday, November 03.

Located in the northeast of the country, Kunduz is insecure and the Taliban militants control parts of the province.