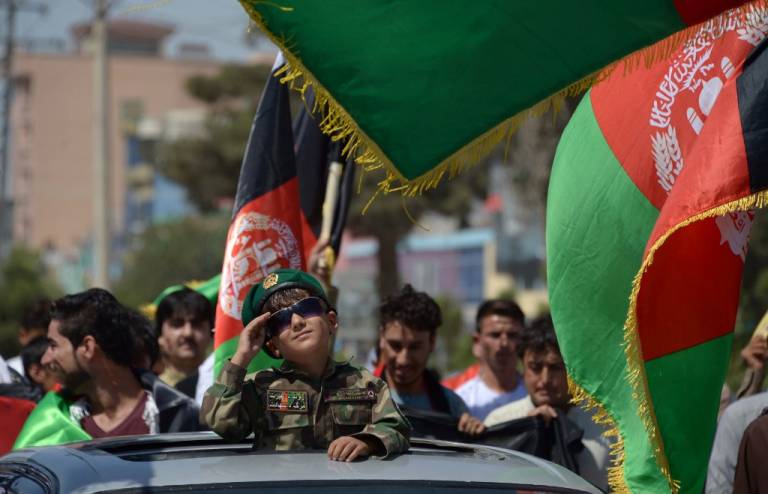 Hundred and one years of delusion

In our country, a false patriot trend makes the tendency which is chanted by all leaders no matter to what ideological characterizations they may fit. Almost all leaders who have ruled over the country prided themselves as a patriot son of the land for whom nation’s dignity, sovereignty, independence and welfare are prime wish and policy.

But history proves quite the opposite.

Ironically, the tribal elders and conservative mullahs, who toppled King Amanullah’s government, triggered a nationalistic political emotion against the King who was in love with new thoughts on governance, social and political reforms, and nation’s welfare. The British-backed successive Barikazi King Nadir Shah, who rose to throne after a brief political unrest, prided himself as a patriot leader—as much as the anti-British King Amanullah was proud of.

The irony lies here: Afghanistan is a country where the line between patriotism and treachery is blurred. Over last four decades, the Afghan state and military opposition leaders have been on a parallel track to fight each other. In early 1980s, as the Moscow-backed socialist state of Afghanistan undertook social and political reforms— initiating literacy programs, undertaking land reform and educating girls—to put the nation into a new trajectory, the Western-backed Afghan mujahedeen took up arms against the government of Afghanistan. A false patriotism was the core idea of jihad in literature and rhetoric published and promoted by the Mujahedeen who were labeling the socialist government of Afghanistan as ‘puppet’ of Moscow.

The true face of mujahedeen’s false patriotism was lost in a mesmerizing propaganda which was drummed by dollars paid by the United States of America and its western allies during the Cold War. Throughout 1978-1991 period, what the Soviet-backed Afghan state built in the country, the Western-backed mujahedeen destroyed though the two parties adhered to a single idea: sovereign nation and independent country.

Over last 20 years, again a false tendency of love for the country drifted Taliban fighters to take arm against the government, destroying the very country they claim to have passion and love for. Taliban narrative of struggle is also centered on illusionary love of country and motherland. The illusionary Taliban fighters are fighting for an independent Afghanistan albeit they deny to acknowledge the bitter truth of their dependence on war economy. A true lover of a country will never destroy his home and a true nation who feels entitlement to his fatherland will not serve as a proxy force.

It is sad to acknowledge that from King Amanullah to President Ashraf Ghani, Afghanistan circles around a vain cycle with no exit point, sinking deeper in a past that controls future. Ninety one years ago, the progressive King was ousted by conservative mullahs and their tribal alliance. Almost a century later, Afghan President Ashraf Ghani is still facing a conservative force who are trying to restore a self-styled governance and takeover his constitutional government.

The Afghan state and opposition leaders play a hide-and-seek game with truth; dependence on foreign aid and money is a bitter truth of our history which leaders tempt to deny. The intense debate of national independence triggered by political emotion recalls George Orwell’s famous satirical novel Nineteen Eighty-Four in which line between political emotion and truth is blurred. The political emotion wrapping the image of independence is continuous denial of objective reality, where political emotion becomes a weapon that stands against a truth which occupies much of our political history over last 101 years. It is sad to confess that we are not an independent nation.