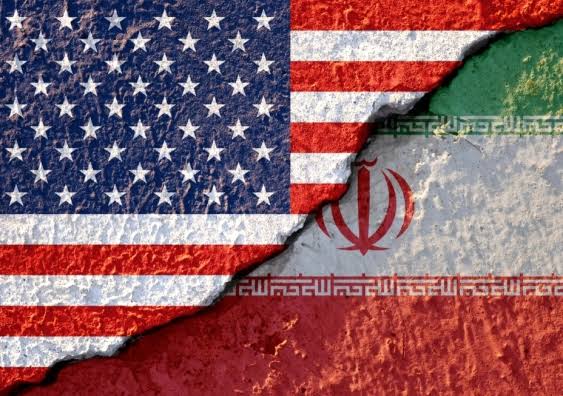 The Islamic Republic of Iran and the United States are marred with a fueling history of regional hegemony and contra adversarial global ambitions. Once a formidable ally to that of the Shah in Tehran, the United States cut off all diplomatic ties with the country, following its abduction of diplomats and seizure of embassy by students linked to the Islamic revolution of Iran.

The election of president Trump, and the coziness that ensued in bilateral relations between the US and Kingdom of Saudi Arabia, forced Tehran to open up backroom channels with dissent groups, and assert countermeasures to keep any direct aggression from the Saudis at bay. The Ayatollahs in Tehran saw no other individual better suited than Gen. Qassem Soleimani, to carry out this turbulent and painstaking mission. Gen. Soleimani with his fluency in Arabic, easily blended with his local Arab interlocutors, and offered unprecedented financial and political support from his bosses in Tehran, yet he managed to operate under utter secrecy, and avoid major limelight until his death on Thursday, January 02. General Soleimani, who commanded Al-Quds forces of the Iranian Revolutionary Guard was terminated alongside his Iraqi counterpart, Mahdi Al-Muhandis, then the commander of Popular Mobilization Forces of Iraq (PMF) by US drone strikes on the outskirts of Baghdad airport.

Iran and the United States are evident nemeses that are mostly at odds when it comes to regional hegemony, and overseas’ political interests. The abrupt killing of the most prominent Iranian general is going to complicate the prevailing fragile status quo in the Middle East. Iran has a strong presence in the Middle East, dominantly in Syria, Iraq and Lebanon. Apparently, the decision to hunt down Soleimani has been solely taken by President Trump and his inner circles, mostly the influential lobby group for the Israeli defense. It is speculated that the US and Israel intelligence agencies had clear shots on Soleimani’s life on numerous occasions in the past; the idea was then called-off, fearing direct retribution from the Iranian regime.

In the aftermath of the killing, US president in a series of consecutive tweets justified his action as a preemptive measure, accusing the Soleimani for planning future strikes on American civilians and military. He insisted that American military might track down any individual and group that aim serious harm to American interests.

The demise of Qassem Soleimani derived mixed reactions around the world. An official statement from the Afghan government urged both countries for leniency with a stark reminder that Afghanistan will not be used as a venue for a proxy war between the western neighbor and its strategic ally.

Many Afghan prominent politicians including former president Hamid Karzai, former vice president Karim Khalili, and Hizbi Wahdat patron Mohaqiq, took on social media to console Iranian counterparts, and personally attended the slain funeral in Tehran. In contrast, many others including former director of Afghanistan’s National Directorate of Security, the country’s intelligence agency, Rahmatullah Nabil, lauded the operation, arguing it will ease complications in the region. It is noteworthy; that it was Soleimani who mobilized Afghan refugees to fight against IS fighters in Syria, under Fatimyoun brigade, that drew large criticism in Afghanistan. Most Arab states, mainly Saudi Arabia, UAE celebrated the operation that obliterated Soleimani, as a good news.

The systematic defeat of ISIS in Syria and Iraq is largely attributed to the craftsmanship of Soleimani who emerged as the flag bearer of mobilizing local resistance against the group beyond the Iranian borders. He was one of the most respected and highly decorated strategic minds of the Iranian regime. He single-handedly managed to form pro-Iranian proxies beyond the de facto Iranian borders. His charismatic and fearless characteristics made him a household name in the country. During the Iraq-Iran war, the man in charge of a small group of IRGC’s soldiers, showed remarkable bravery and leadership in the battlefield earning him the nickname Sardar Soleimani. The man was often referred to as number two in line, for the throne in the Iranian supreme leadership. The supreme leader of the country had an unquestionable trust on his leadership and regional doctrine to protect the Islamic Republic, from foreign and domestic enemies. He was famously considered the arms and eyes of Ayatollah Khomeini. The implications following the killing of the top Iranian general will haunt the region’s stability for the foreseeable future. Unfortunately, a number of surrounding countries with presence of American forces and pro Iranian proxies will fall victim to the very midst of a continuous crossfire between the arch rivals.

The killing of Soleimani stunned Iran, and caught the Ayatollahs off guarded. The calculation that the US may never go after one of their key assets in that manner, proved terribly wrong; President Trump and US State Department referenced credible intelligence from multiple sources that Soleimani was indeed planning vicious attacks on US military personnel and diplomatic sites in the near future, making the man a legit target for the US government.

Iran’s response to the killing was calculated and de-escalatory, targeting US military bases in Erbil and Ain Al Asad, where allegedly the aerial attack on Sulaimani’s convoy was originated. It sent a direct message to President Trump that it was more retaliation than escalation. On the other hand, US President also backtracked on his initial tweets of warning Iran of harsher military response had the country responded militarily, instead, the president took the Iranian missile attack on US bases a brazen and talked about graver economic sanctions on the country. Iran’s foreign minister also turned down any speculations of full-blown war with the United States.

The Middle East will remain hotspot for both capitals Tehran, and Washington to test each other’s nerves

The United States and its de facto Arab allies in the Middle East, look upon Iran as a destabilizing force in the region. The Shiite majority nation is geographically surrounded by a vast terrain of mostly Sunni Arab states. Saudi Arabia, the most prominent of all, homes the greatest grudges when it comes to Iran’s greater game in the region. Both Riyadh and Tehran openly blame each other for financing terror in the Middle East. The trending brawl between the two Muslim nations, engraved both to forge a devastating proxy war in Yemen. In the United States, the decision to wipe out Soleimani drew overwhelming criticism from democratic lawmakers. Many believe that the ensuing repercussions will make American lives less safe and prone American interests to an unimaginable vulnerability. Iran has a huge political investment in the region with agents and sleep cells furnished across the Middle East. The militias and groups closely linked with the Iranian regime can instantly strike US interests with directives from handlers in Tehran. Hezbollah, for instance, has openly warned the U.S. with its version of revenge on the killing of the top Iranian General.

United States’ policy in the Middle East resembles a rollercoaster, constantly fluctuating with turns of events in the region. President Trump initially referred to US intervention in the Middle East as the “worst decision in the history of this country”. He occasionally pulled out troops from North Syria, but simultaneously sent 3,000 additional troops to Saudi Arabia. When asked he said, “Saudis pay good money for the deployment”. Fareed Zakaria of CNN GPS writes in his recent column for the New York Times, that “President Trump does not have a foreign policy, only a series of impulses”.

President Trump has repeatedly made it clear that unlike his precedents, he will assert maximum pressure on elements, straining American interests. President Trump, on his recent press conference reiterated that as long as he is the commander in chief, the US president will not allow Iran possess a nuclear weapon.

In the long run, the Middle East will remain a hotspot for both capitals Tehran, and Washington to test each other’s nerves as well as; a deterring geography for all the stakeholders. The crippling US sanctions on Iranian crude oil and unilateral withdrawal from the JCPOA (Iran nuclear deal) killed any residual glimpses of easing tensions between the two influential stakeholders in the Middle East. Shall Iran and the United States remain adversaries, peace and stability in the region is a distant reality prone to frequent episodes of chaos and military expeditions.