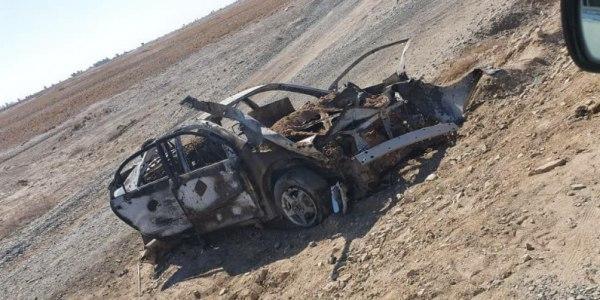 Five civilians were killed in an airstrike conducted by foreign troops in Karez Sheikha village, 20 km northeast of Farah city, on Saturday, February 08, according to Dadullah Qaneh, a member of Farah Provincial Council.

Describing the victims as traders and deal makers, he added that the civilians were targeted when they were heading to Shaikh Abu Nasr Farahi port. He asked Afghan and international forces to prevent civilians casualties.

Afghan 207 Zafar military corps, in charge of security in western Afghanistan, however, has said that five Taliban fighters were killed in the airstrike.

The news come as Ziauddin Akazi, an MP who represents the western Badghis province, claimed yesterday, February 08, that six civilians were killed in an airstrike conducted on Friday night, February 07, in Balamurghab district of the province.

The Ministry of Defense has confirmed that a Taliban military chief was killed along with seven other militants in the airstrike.

Afghan forces and their international allies have recently increased airstrikes across Afghanistan which have often raised concerns and complaints mostly for hitting civilian targets.

In a statement issued on Saturday, February 08, Afghanistan Independent Human Right Commission said that 26 civilians were killed and 24 others wounded in attacks by pro-government forces in January 2020.