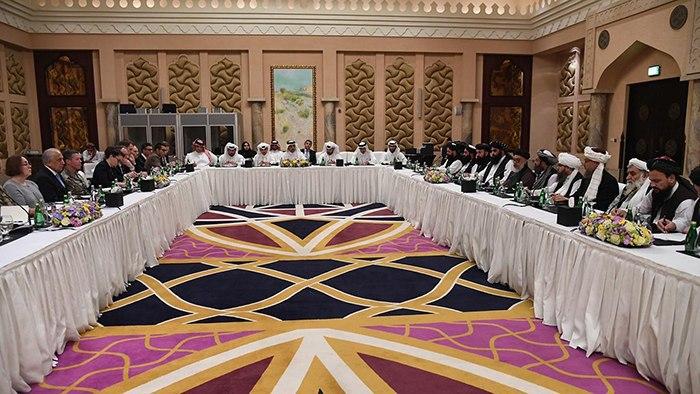 What does ‘reduction in violence’ mean for Afghan peace process?

Representatives of the United States, European Union, NATO, and United Nations Assistance Mission in Afghanistan have reportedly agreed on importance of a ‘reduction in violence’ with representatives of the Taliban in a meeting held last Friday, January 17, in Dubai, United Arabic Emirates, which means the Taliban will not launch attacks on urban areas for 10 days.

Not commenting on ‘reduction in violence’, spokesperson for Taliban’s political office in Qatar, Suhail Shaheen tweeted on the same day that the US and Taliban representatives, led by US Special Representative for Afghanistan Reconciliation, Zalmay Khalilza, and Taliban’s deputy leader, Mullah Baradar, have held productive meetings on “signing an agreement and a ceremony for it.”

At odds to widely covered optimism of what Qureshi described as “a major development”, the Afghan government says there has been “no progress” made in the talks underway between Khalilzad and the Taliban negotiators.

Appearing in a press conference Saturday, January 18, Spokesperson for President Ghani, Sediq Sediqi, noted that ‘ceasefire’ is a precondition to sustainable peace in the country and the Afghan government would protect the interests of the Afghan people in peace talks. Ceasefire is part of the intra-Afghan dialogue and President Ghani during his meeting with President Trump at Bagram airbase, late November of last year, had agreed on ceasefire as precondition to peace talks, he said.

“If they [the Taliban] are interested in peace, they should accept ceasefire,” Mr. Sediqqi reiterated.

Sediqi is not the only top Afghan official who questions application of the term “reduction in violence” and stresses on ceasefire as precondition and clearly defined term in peace and war.

Abdul Sallam Rahimi, caretaker of the State Ministry for Peace—a newly formed ministry with mandate on peace issue—and Amrullah Saleh, a close ally of Ghani, have also questioned the legality of the term ‘reduction in violence.’

“We don’t have RIV (reduction in violence) in the dictionary of war & peace. Here is how the Talibs interpret it. ‘We kill some people instead of more people. We do one urban bombing per week instead of several’. Ceasefire exists in all cultures. Stop killing human,” Mr. Saleh said in his Thursday’s tweet.

According to Sediqi, what was agreed between Ghani and US President Donald Trump, during Trump’s Thanksgiving surprise visit to Bagram Airbase in November, is ‘ceasefire’.

Though the Taliban have repeatedly rejected any ceasefire before signing a peace agreement with the US, they have regarded it as a negotiable issue whenever intra-Afghan peace talks starts. “The ceasefire means all important issues are resolved, the peace and a complete ceasefire begins in the country,” Shaheen recently told Kabul Now. In response to the Afghan government demands for ceasefire, Shaheen said, “it is not practical and is unacceptable.”

Accusing the Afghan government officials of attempting to sabotage the peace process, the Taliban spokesperson pronounced ‘ceasefire’ as a destructive technic.

How do Afghan political commentators see it?

Afghan political and military commentators express different views on ‘reduction in violence’ and the effects it may leave on the battle grounds or daily lives of the Afghans. Some commentators see it as a step forward for ceasefire while some others criticize the term and indirectly stress on ceasefire to be put into effect.

Mahiuddin Mahdi, a former MP, believes that reduction of violence will bound the warring parties. “I believe this is a good sign and a step toward peace. We welcome it, though it is difficult to be defined clearly,” he said.

Dr. Orzala Nemat, director of Afghanistan Research and Evaluation Unit, who indirectly opposes ‘reduction in violence’ instead of ceasefire, notes that everyone can have a favorite interpretation of it. “This (reduction in violence) does not mean ceasefire. The Taliban have interpreted it through some people that reduction in violence means they will not attack the Americans, but will target the Afghan government,” she stated.

According to Jawid Kohistani, a military commentator, reduction in violence is somehow a short ceasefire which has been demanded by the US and its allies to measure the Taliban’s command on its fighters on the ground.

The same as Taliban spokesperson, Mr. Kohistani also believes that the Afghan government wanted to sabotage the peace talks as it was concerned about its own position in the peace talks. “The first step by foreigners is reduction in violence until it could pave the ground for intra-Afghan dialogue and reach an end to the war,” he added.