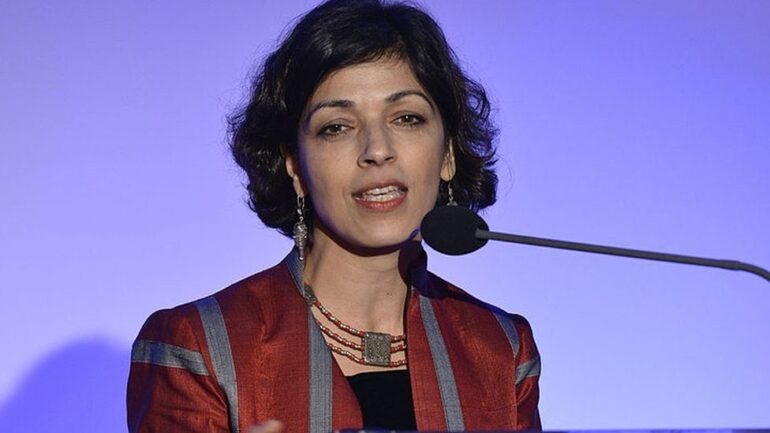 Rina Amiri: Afghan Women Still Standing up in The Face of Threats, Violence and Imprisonment

On the occasion of International Women Human Rights Defenders Day, US Special Envoy Rina Amiri called Afghan women and girls ‘true heroes’ as these women are going through difficult times in the country and still standing up in the face of threats, violence and imprisonment.

US Special Envoy Rina Amiri via a Twitter thread published on her page stated that it is hard to find a more “awe-inspiring example of courage” than Afghan women and girls who are tirelessly fighting for their right to education and work.

Rina Amiri urged world leaders, particularly from Muslim-majority countries to convey a unified and strong message about half of Afghanistan’s population, the women and the consequences that would be followed if women are excluded from society. Rina Amiri emphasized, “Women’s full inclusion must remain non-negotiable”.

Since the return of the Taliban to power in August 2021, girls and women have been deprived of their basic rights.

Since the Taliban’s return to power, the group has imposed severe restrictions on women and girls.

Currently, girls above the 6th grade are not allowed to go to school, and female employees can no longer work in government offices.

These restrictions have forced women to start protest rallies but the group’s de-facto regime, however, has violently dispersed these protests in different parts of the country. In recent weeks, several women protesters and activists have been arrested and their whereabouts are not clear.