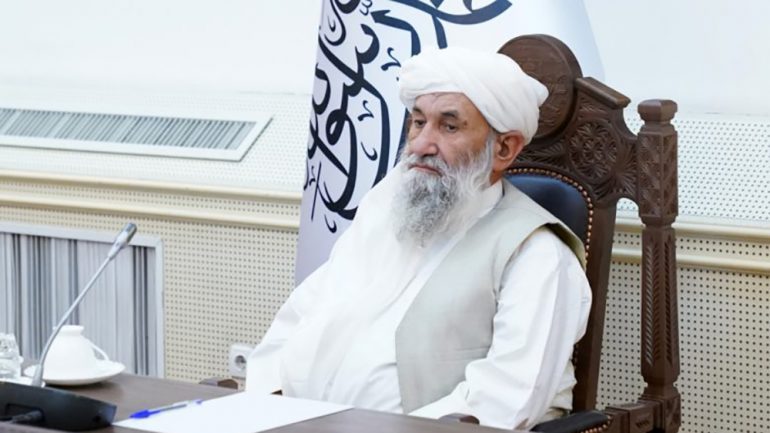 The Taliban cabinet has decided to allow humanitarian aid supply to Panjshir province and lift restrictions imposed recently on operation of telecommunication companies in the province, according to the state run Bakhtar News Agency.

The cabinet meeting was held on Wednesday, September 15, chaired by the Taliban’s Prime Minister, Mullah Mohammad Hassan Akhund, also made some “required instructions” on sending journalists to Panjshir province.

This comes after Panjshir residents raised complains over lack of basic materials, including food and medicines, in the province after the Taliban military storm and banning supply of these materials earlier in September.

In addition to it, the Taliban had limited operation of telecommunication companies in the province.

Much of these restrictions were reportedly aimed at putting pressure on the so called National Resistance Front (NRF) led by Ahmad Masoud who had declared war against the group and resisted against the Taliban fighters.

Moreover, the Taliban cabinet meeting has decided to take some required measures for safety and security of traders, money changers, experts, and other Afghan cadets.

Kabul has seen a significant rise in security incidents, armed robbery and assassinations, over past few days under the Taliban.

Armed men killed a money changer, Sakhi, last Sunday, September 12, in Shahid Mazari square and took away his money with them. The incident took place around 12:00 PM in PD6 of Kabul city, very close to a military training center.

The next day, three veiled gunmen attacked an employee of the Ministry of Defense, Asfandyar Awesta, around 07:30 PM stabbing him on his hip and then left the area.

Of the deep injury, the victim was hospitalized for more than two days.

The level of security incidents is said to be highly underreported, particularly in Afghanistan’s provinces, since the Taliban takeover of the country as many media and local journalists have stopped working since then.