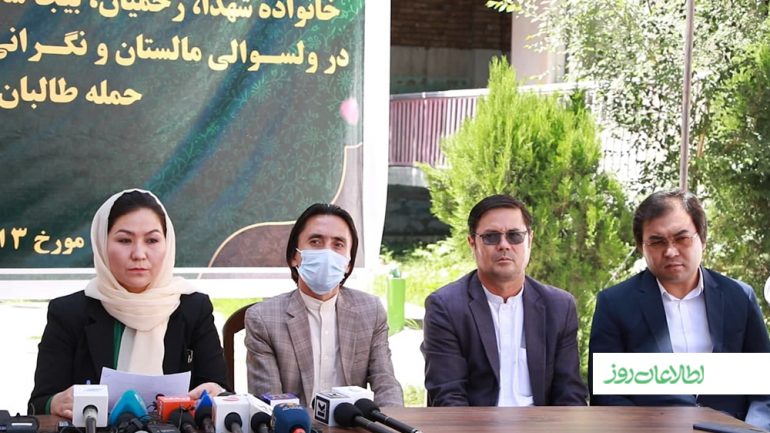 The Taliban takeover of Malistan district of Ghazni province has forced at least 1,502 families to flee their homes, local sources who eyewitnessed the event told Kabul Now. On July 13, the Taliban insurgents overran the administrative building of Malistan district, leaving the locals in full shock and panic.

A statement issued by Malistan victim families said more than 43 people, including civilians, have been killed. A local security source confirmed to Kabul Now that 24 others were wounded since the militants took over the district. The Taliban treated locals in a very brutal way, inter alia, beheaded a woman and a child, eyewitnesses and government sources claimed.

In pursuit of making territorial gains, earlier in June, the Taliban launched sporadic attacks on border outposts of Malistan, a district that shares border with Ajristan district of Ghazni and Khas Urozgan district of Urozgan province.

On July 20, the militants launched coordinated attacks from multiple directions on Malistan and took control over it within two days. Over 400 Taliban militants had participated in the attacks on Malistan, local security source, speaking on condition of anonymity, told Kabul Now.

As per account of the local security official, the Taliban launched the coordinated attacks gathering forces from Urozgan, Kandahar, Zabul, and Helmand provinces.

This is not the first Taliban attempt to take over Malistan. In November 2018, the Taliban launched a complex attack on Malistan, killing as many as 25 commando forces and 15 civilians. The militants, however, failed to overthrow the district and suffered heavy casualties.

How Malistan fell to the Taliban?

The government forces retreated to the adjoining Jaghori district after two key outposts overlooking the district’s governor office and its police headquarter fell to the militant in a suspicious way, a local source told Kabul Now.

They claim that MTN Telecommunication Company also stopped operating in the district as the fighting intensified between the two sides. As per their accounts, it has negatively impacted the coordination between government forces.

A mortar landed beside the mosque in which a group of reinforcement forces from Jaghori district had gathered with local authorities on Sunday night, July 11, said Ahmad (pseudonym), chief of a community council who was present at the mosque on that night. “All the forces stationed there fled the area,” he added. “Commander Esmat was left alone. When he realized that he was under attack from several directions, he left the area,” Ahmad said about the commander of reinforcement forces.

He complained that the reinforcement forces who had been deployed to Malistan from Jaghori did not resist the militants.

Ali (pseudonym), another local resident, also expressed doubt, asking questions about how some security outposts have fallen to the militants and came under attack from positions which was impossible for the militants to infiltrate.

Releasing video footage showing the Taliban militants near the district’s administrative complex, the Taliban claimed that 25 security forces were killed in their attacks. The government forces escaped after suffering heavy casualties, the militant groups said in a statement sent to the media.

On the other hand, the Taliban have also suffered heavy casualties in Malistan district. A security source, who spoke on condition of anonymity, claimed that as many as 200 Taliban militants were killed and around 150 others wounded.

Accounts made by the eyewitnesses, the government officials, and more recently by families of the victims suggest that the Taliban militant have committed war crimes and behaved brutally with the local residents of Malistan district.

The Taliban “have beheaded a woman and a child” after entering Sherdagh, an area in Malistan district, according to Ahmad, who is currently living under the Taliban rule in the district. He added that the militants have also set several residential houses on fire.

“After entering Malistan, the Taliban combatants have committed war crimes and opened fire at the civilians who were not involved in the war. They have stormed people’s homes and set residential houses on fire after looting them. They have also looted and destroyed shops in Malistan’s district center,” the victims’ families said in a statement issued today, July 25.

They also stated that thousands of people, mostly women and children, who are displaced from the district as the result of Taliban attacks, are now living in very bad conditions in neighboring areas of Malistan and in the capital Kabul. It further added that service delivery, including health services, is now stopped in the district and the war victims are deprived of basic services.

The statement which was issued at a press conference held in Kabul also called on the warring parties to provide circumstances for the displaced people to return to their homes and let them collect their agriculture products. The victims’ families called on the Afghan government to immediately clear Malistan district from the presence of the Taliban, deploy a sufficient number of security forces to the district in order to provide a sustainable security in Malistan.

They also called on the Taliban leadership to stop the group’s militants from looting the people’s houses, shops, farmlands, and prosecute those of their fighters who committed crimes.

“We urge the national and international humanitarian organizations, particularly the United Nations Assistance Mission in Afghanistan to prevent the Taliban from killing civilians in Malistan district and prevent more war crimes in line with the humanitarian and international law,” part of the statement read.