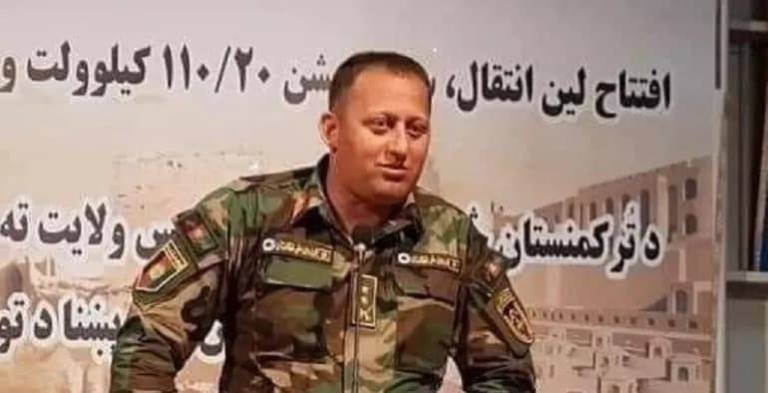 Executive officer of the National Army’s Third Brigade, Abdul Basir Nooristani, was killed and five other army soldiers were wounded after a mortar shell fired by the Taliban hit them in the western Badghis province, a local official confirmed.

Confirming the incident, Abdullatif Rustayee, spokesman for the Army’s Third Brigade, added that he was also wounded in the mortar attack.

He did not provide more details on the attack.

The Taliban have claimed responsibility for the attack. Qari Yousuf Ahmadi, a Taliban spokesperson, said on twitter that the military commander, Abdul Basir Nooristani, was killed and many of his guardians were wounded in the Taliban mortar attacks.

Bala Murghab is one Badghis’s most insecure district where the Taliban control swaths of territories.

On the other hand, a driver was killed and four people were wounded after armed men opened fire on a vehicle which was carrying army soldiers in the western Herat province.

No group has claimed responsibility for this attack.