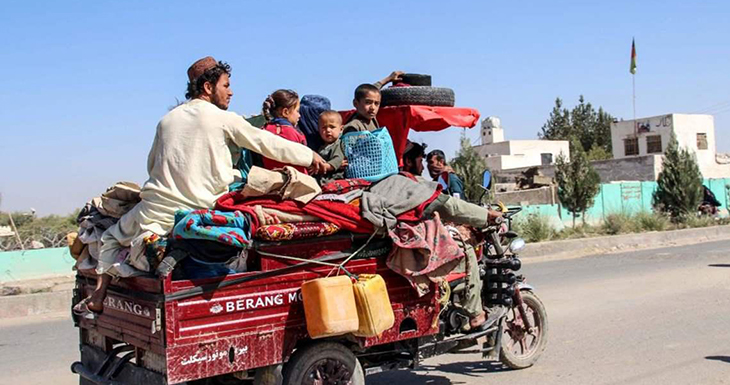 Amnesty International: civilians must be allowed safe passage out of Lashkargah

Amid intensified fighting between Afghan security forces and the Taliban in the southern Helmand province, Amnesty International has called for a “safe passage” of civilians trapped in Lashkargah, capital city of the province.

The fighting which erupted after a complex offensive by the Taliban on Lashkargah since last Sunday, October 11, has forced at least 35,000 people to flee their homes, the humanitarian organization said in a statement issued yesterday, October 14. It detailed that the heavy fighting has has taken out power across the entire city as well as telephone lines and internet access.

According to UNOCHA, the highway linking Lashkar Gah to Kandahar— the only direct route out of the city— is inaccessible due to the presence of planted roadside bombs.

“The situation for civilians in Lashkar Gah is grave and could deteriorate rapidly in the coming days. Tens of thousands of people are trapped in the middle of a bloody battle that shows no sign of abating,” said Omar Waraich, Head of South Asia at Amnesty International.

The organization called on the Afghan government and international community to provide those displaced with shelter, food and other humanitarian support.

“So far, there has been no word from the Afghan government on any support or protection that will be provided to civilians, especially those displaced. With the help of the international community, the authorities must expedite the provision of mobile clinics, food deliveries and other essentials as a lifeline to the residents of Lashkar Gah,” said Omar Waraich.

First VP Amrullah Saleh, however, wrote on Facebook today, October 15, that the relevant agencies of the Afghan government have already started aid delivery for those who were displaced to Lashkargah as the result of recent wave of Taliban violence.

The Taliban offensive on Lashkargah prompted even US forces in Afghanistan to conduct airstrikes against the militants in the province. “The Taliban need to immediately stop their offensive actions in Helmand Province and reduce their violence around the country. It is not consistent with the US-Taliban agreement and undermines the ongoing Afghan Peace Talks,” the US top commander in Afghanistan, Gen. Scot Miller, warned on Tuesday, October 13.

A surge in Taliban attacks comes despite a government-led peace delegation and Taliban negotiators are holding talks in Doha, Qatar.