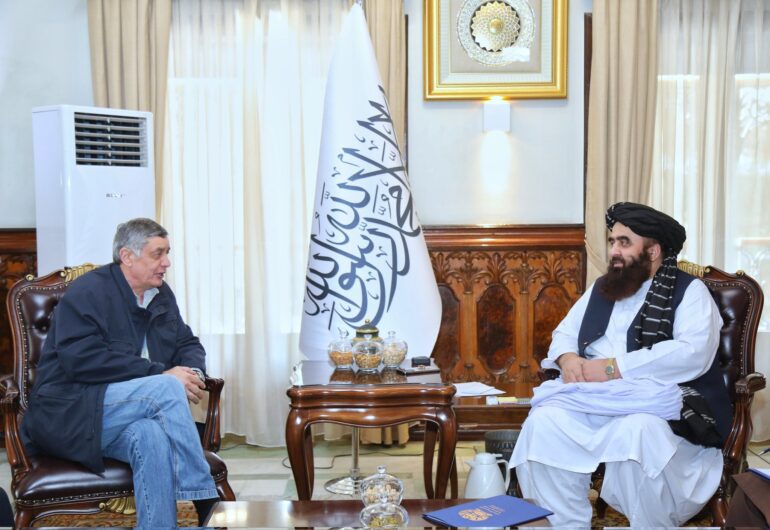 Taliban: Russia has a “special importance” in our foreign policy

Russian Presidential Envoy for Afghanistan, Zamir Kabulov, met the Taliban minister of foreign affairs, Amir Khan Muttaqi, on Thursday in Kabul. The Taliban minister has said that Russia is “special of importance” in the group’s foreign policy.

Hafiz Zia Ahmad, a spokesman for the Taliban foreign ministry said in a Twitter thread that the two sides discussed bilateral ties, regional issues, economic cooperation, and the recent developments in Afghanistan. “Russia has special importance in Afghanistan’s foreign policy,” he cited Muttaqi as saying to the Russian envoy during the meeting.

Discussing the import of gas and wheat from Russia, the Taliban foreign minister has expressed readiness to expand the group’s diplomatic presence in Moscow and trade ties with Russia.

According to the ministry’s spokesman, the Russian envoy has accused Western countries of “interfering in Afghanistan’s internal affairs.”