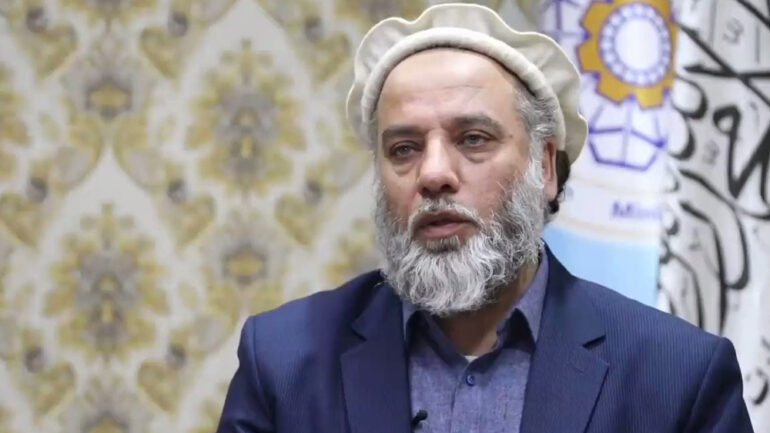 Addressing the opening ceremony of the China Exhibition, the Taliban caretaker Minister of Industry and Commerce, Nooruddin Azizi, has asked the People’s Republic of China to help the group’s regime in opening Wakhan Corridor for trade between Afghanistan and China.

Afghanistan’s Ministry of Industry and Commerce, currently operating under the Taliban, released his recorded speech on Monday, November 28, on its YouTube channel.

“The Wakhan Corridor or the historic Silk Road can increase the level of trade between the two countries and become a reliable route for the transit of goods,” he says in the recorded speech.

Announcing the Taliban regime’s preparations to open the transit route, he called on China’s authorities to speed up the process of opening this route.

Moreover, he called on Chinese investors to invest in Afghanistan and increase the level of trade between the country and neighboring China.

Noting that the expansion of trade between the two countries requires strengthening infrastructure in Afghanistan, the Taliban caretaker minister called for China’s cooperation in the field.

He further stressed that opening this corridor will not only provide an easily accessible route for China to Afghanistan’s natural resources and the growth of Afghanistan’s economy, but it will also strengthen “stability and security” in the region.