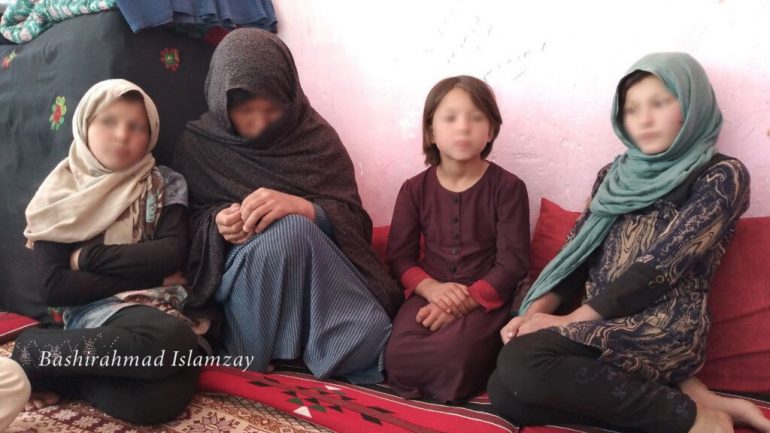 A woman who has four daughters has put her eldest one, a 13 years old girl, up for sale in the southern Ghazni province to provide a living for the rest of her family.

The woman’s name is Marzia and is living in Haidarabad neighborhood of Ghazni city, Mohammad Zaman Zaki, a local elder, told Kabul Now today, November 11. He added that the woman has announced this decision for two days now.

According to the local elder, the woman has decided to sell her daughter due to poverty and hunger they are suffering from. “This woman is selling her 13-year old daughter for 100,000 – 150,000 afghani in order to provide food for her other three daughters.”

Mr. Zaki added that the local residents are trying to provide food, money, and clothes for the family in a bid to prevent the girl from being sold for money.

In a video taken by Bashir Ahmad Islamzai, a local journalist, and sent to Kabul Now, the woman says she is not able to provide a living for her children. “I’m forced to sell one of my daughters in order to provide the living costs for her three siblings,” she says in the video.

While she is speaking to the camera, one of her child is repeatedly heard shouting for bread.

Years back the same girl had been put up for sale by her father – an addicted man to drugs – which caused her mother to divorce him but stopped her daughter to be sold.

The woman is an original resident of Jaghori district but moved along with her children to Ghazni city after divorcing her husband.